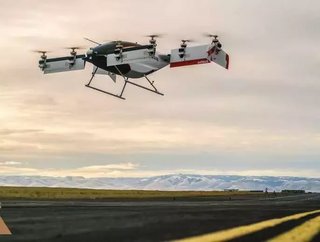 Santa Cruz-based Joby Aviation revealed that it received $100mn in a Series B financing round led by Intel Capital, with Toyota AI Ventures also investing into the startup.

Joby Aviation will use the funding to aid the development of its innovative all-electric vertical takeoff and landing (eVTOL) passenger aircraft that is designed to offer regional and local air transportation.

The company claims that the Joby Aviation 5 seat vehicle will both be faster than existing products from its competitors, including the Airbus Vahana, whilst also offering a 150 mile range from a single charge.

“We have spent the last ten years developing the technologies that have made our full-scale technical demonstrator possible and are now ready to build a commercial version of the aircraft,” said Joby Aviation founder and CEO JoeBen Bevirt. “We’re excited to have attracted the backing of leaders in auto manufacturing, data intelligence, and transportation sectors.”

“In just under two years, Vahana took a concept sketch on a napkin and built a full-scale, self-piloted aircraft that has successfully completed its first flight,” said Zach Lovering, Project Executive of Vahana.

The companies join the likes of Uber with its Elevate unit and Boeing, having recently unveiled its own unmanned air vehicle prototype, in making inroads into the emerging industry, with competition expected to increase, similarly to how it has done in the autonomous vehicle market.