Amazon plans to introduce new Go stores in the UK 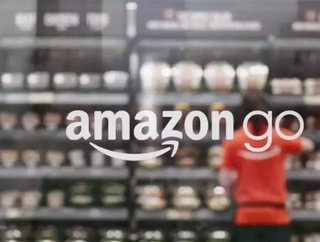 Amazon has initiated the first steps of taking its revolutionaryGo stores to the UK by trademarking their "No Lines, No Checkouts (No, Seriously)" sloga...

Amazon has initiated the first steps of taking its revolutionary Go stores to the UK by trademarking their "No Lines, No Checkouts (No, Seriously)" slogan with the UK's Intellectual Property Office.

The phrase is associated with the tech-driven supermarket and appears in their introducing video, which was published in December 2016, six months after it become possible to order fresh food with the online retailer in the UK.

Amazon's Go store enables people to walk in, grab their groceries and walk back out again without having to queue up to use a checkout, with their Amazon account being charged later.

This works by using wireless technology and allowing everything to interact with each other to track purchases and what has been picked up and if it's been put back or not.

Currently, there is just the one Go store 'open', with Seattle, Washington hosting an Amazon employee-only store which has experienced some teething problems since its launch and thus has remained in beta testing.

The Wall Street Journal has reported that the store can only handle 'up to 20 customers' at a time, with the technology freaking out 'if an item has been moved from its specific spot on the shelf.'

This has delayed the store's 'official' opening, which was proposed for late March, as Amazon tries to work out the flaws to help deal with the predicted high demand.

One proposition is that only Amazon Prime users will be able to use the stores, as well as employing greeters who would stand near the entrance - which would also reduce the risk of theft. The stores would, however, only require a staff count of around three to six humans per shift, which has elevated fears that low-skilled shop jobs would disappear as competitors aimed to match Amazon's convenience.