Artificial intelligence: The reality beyond the movies 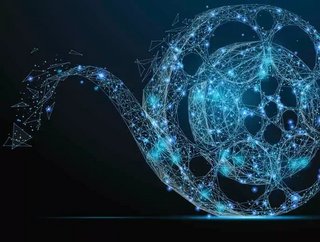 “Artificial intelligence (AI) is coming to get us” and it’s just a small step from a self-driving car to AIs taking over our world and the “end...

“Artificial intelligence (AI) is coming to get us” and it’s just a small step from a self-driving car to AIs taking over our world and the “end of days” dystopias that Hollywood has popularised in a number of recent films. Or so some would have us believe.

The reality is far less dramatic, and AI will need to go through a number of stages of development before it reaches the most extreme scenarios – if ever. In our recent book Beyond Genuine Stupidity – Ensuring AI Serves Humanity, we explore the possibilities and challenges presented by this game changing technology. In this article we draw on key concepts from the book to demystify the fundamentals of AI.

What is Artificial Intelligence and why now?

At the core of the concept of AI is the idea of developing intelligent machines - e.g. computer algorithms that work and react like humans. Applications include performing speech recognition, natural language processing and translation, visual perception, learning, reasoning, inference, strategising, planning, intuition, and decision-making. People have been working on these concepts since the 1940’s and AI has experienced many false dawns or “winters” as the AI community likes to describe them.

This time round, the feeling is that AI is here to stay. There are five main factors that have made AI the hot topic on the agenda for companies, investors, politicians, and citizens alike.

Firstly, we are seeing the development of far more efficient and smarter machine learning tools – the core algorithms through which AI systems develop their intelligence. 2) In parallel, computer hardware processing power and transaction speeds have accelerated, and 3) cloud computing allows us to share and combine data and processing power across the globe. 4) At the same time companies such as Google and Amazon have amassed vast amounts of data that require AI to process it – giving rise to 5) money. The scale of the opportunity presented by AI has seen billions of dollars being invested by these new technology companies, corporates in other sectors, and venture funded start-ups – so the game is well and truly on.

There are a number of different fields which fall under the broad umbrella of AI, the main ones are described below. The most common are rule based or “expert” systems which can apply vast number of rules on a consistent basis. These have been around for over 30 years with common applications including the processing of loans and mortgage applications and basic medical diagnosis.

Robotic Process Automation (RPA) is the next stage on, with machines performing complete processes that in the past required a combination of rule based decision making and an element of human judgement – common in tasks such as handling calls to service centre, processing an insurance claim, or checking the calculations in an architectural design.

Tasks considered closer to true human intelligence include voice recognition, interpretation of human conversations conducted in “natural” languages, and speech generation. Similarly, considerable progress has been made with computer vision – enabling the ever-more accurate recognition of images – with application as diverse as spotting misshapen pies on a production line through to facial recognition for airport security purposes. Other increasingly deployed AI applications include tools that can undertake sophisticated planning, scheduling, and optimisation of tasks - encompassing everything from manufacturing to crew rostering.

The hottest field of AI at present is Machine Learning - the notion of using statistical techniques to help systems learn from data. This is the area gaining most attention at present because of its potential – namely the use of neural networks and deep learning algorithms to develop systems with learning capabilities closer to those of the human brain. These tools are being used across a range of applications, with the most common being chatbots to perform increasingly sophisticated customer interaction tasks by combining machine learning, natural language processing, and speech generation.

Finally, robotics is being put to widespread use in everything from warehouse management and surgery to cooking burgers in restaurants. Robots typically combine a number of the other Ai fields to provide smart mechanoids.

As we said time round, the feeling is that AI is here to stay. It could become central to every aspect of human existence from detecting and treating heart failure through to running companies, economies, and legal systems.