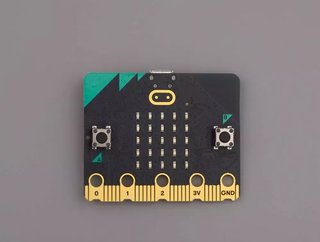 The BBC micro:bit, intended for teaching children computing skills, is to release a new version with enhanced support for machine learning projects...

The BBC micro:bit, intended for teaching children computing skills, is to release a new version with enhanced support for machine learning projects

The updated system includes a raft of new features such as a speaker and microphone, as well as upgraded memory, storage and performance

The updated device harkens back to the BBC Micro, launched back in the 1980s, which is widely credited as having a huge impact on the computer literacy of children in the UK.

The first version of the BBC Micro:bit launched in 2016, again with the intention of encouraging a new generation of children to get involved with coding.

The newest version and the features included are intended to make it beefy enough for machine learning and artificial intelligence experiments, recognising how much of an impact the technology will have on the world of tomorrow.

Gareth Stockdale, CEO of the Micro:bit Educational Foundation, said: “The purpose of the micro:bit is to help children unlock their creative potential and learn how to shape the world around them. Learning coding and computational thinking can enhance their life chances in the 21st century. We have worked closely with our thriving community to make it even easier to get the most out of the device both inside and outside the classroom. Getting hands-on and experimenting with the micro:bit is critical to helping children better understand important technologies early in their development, and we aim to make this as fun, accessible and affordable as possible.”

The device, which remains at the same price point as the original, is set to launch in mid-November 2020.

BBC Director General, Tim Davie, said: “Since its launch through our Make it Digital campaign, it has helped transform digital skills and learning. I have no doubt the updated and upgraded micro:bit will drive further innovation and creativity, both in the UK and around the world.”