Bitcoin continues to soar as it hits new heights 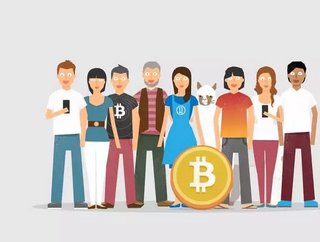 Bitcoin has reached new heights as Japanese airline Peach has announced that it will begin to accept the cryptocurrency as official payment. The curren...

Bitcoin has reached new heights as Japanese airline Peach has announced that it will begin to accept the cryptocurrency as official payment.

A weakened dollar has helped bitcoin to grow even further, whilst the fact that the cryptocurrency has been the fastest growing currency in six of the last seven years shows that it will continue to boom.

Bitcoin's market cap now stands at $35.9bn, after making gains in 24 of the last 27 sessions and becoming a legal payment method in Japan, with Russia thought to be close behind in legalising the internet currency.

This all won't go down well for IT technician James Howells, who accidentally threw away an old Dell hard drive which was home to 7,500 bitcoins back in 2013 when they had a total value of around $650,000 - now they stand at about $15,980,175. The hard drive is currently buried somewhere in a Docksway landfill site in Wales, if you fancy a look...

As well as this, Laszlo Hanyecz spent 10,000 bitcoins on two pizzas back in 2010, which set him back $25 in the short term - but around $17m in the long term as the value soared. It was, however, the first purchase of a tangible object with bitcoins.

Kristoffer Koch will be celebrating more enthusiastically than most, having forgotten his $28 purchase of bitcoins that he made back in 2014. When he remembered, his bitcoins were worth about $500,000.

However, the value of bitcoins is rising so rapidly due to a finite supply, with the cryptocurrency predicted to be all mined out by 2021. Not all bitcoins have been used, though - most have gone untouched and forgotten about (much like Koch's) since they were acquired.