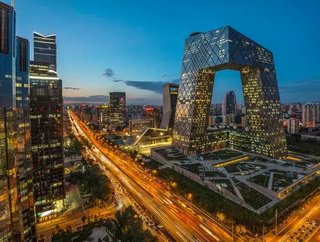 According to Reuters, citing local Chinese news agency Xinhua, China is building a $2.1bn artificial intelligence centre in Western Beijing. The move i...

The move is part of the country’s aim of becoming a world leader in AI by 2025, directly challenging the technology predominance in the United States with leading names such as Google and Microsoft.

Xinhua has revealed a report from Beijing’s Mentougou district that states that the enterprise park will be home to approximately 400 enterprises with a total estimated annual revenue of 50bn yuan.

The project developer has been named as the Zhongguancun Development Group, who will reportedly be looking to work alongside global universities with the aim of building one of the world’s leading AI centres.

Other firms have recognised China’s growing emphasis on AI excellence, with Alphabet having announced that it would launch an AI research team in Beijing in December in the aim of locating local technology talent.

Outside of China, the Asian continent as a whole has established itself as a global hub for emerging technological innovation. For example, in November 2017, the world’s largest FinTech event took place in Singapore, whilst Huawei opened a new digital transformation OpenLab in Malaysia.

Further, according to the International Federation of Robotics (IFR), Japan accounts for 52% of global industrial robotics supply.