Chinese startup TuSimple to test driverless trucks in Arizona in 2018 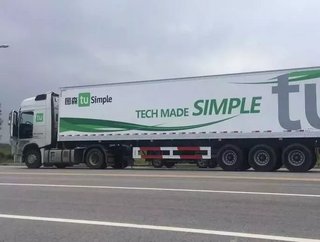 Chinese technology startup TuSimple will challenge Tesla and Waymo when they bring their autonomous truck project to Arizona's roads in a 2018 test. Te...

Chinese technology startup TuSimple will challenge Tesla and Waymo when they bring their autonomous truck project to Arizona's roads in a 2018 test.

Tests in the Chinese province of Hebei have already been approved and will be carried out in October 2017, with an agreement signed with the Caofeidian government to conduct trials on the highways within the district.

Having already completed a 200-mile Level 4 test drive between Yuma, Arizona and San Diego in June, TuSimple ranks alongside Uber and Waymo in the autonomous industry.

Tesla, meanwhile, has planned to conduct Level 5 tests - which do not need a human at all - but have not yet finalised a date.

Commercial services will begin in 2019, with a 20-mile route in Shanghai linking the port and warehousing, whilst a 120-mile stretch of highway between Phoenix and Tucson will be the first roadway in America to host the technology.

The main benefit of autonomous driving is safety - with the US estimating that 96% of all road traffic accidents are caused by human error, having AI could reduce the number of annual fatalities drastically.

China estimates that 25,000 people are killed by trucks every year, with 30% of all truck drivers suffering from fatigue early in the morning and at night.

Costs would also decrease by around 40% if autonomous commercial trucks were adopted into the industry, helping to alleviate the shortage of drivers.