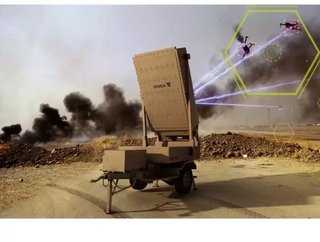 Los Angeles, California-based Epirus is developing high-power microwave products for both commercial and defence use...

Los Angeles, California-based Epirus is developing high-power microwave products for both commercial and defence use.

The company recently won an agreement with defence company Northrop Grumman to supply an Electromagnetic Pulse capability as part of an anti-drone set of solutions known as the Counter-Unmanned Aerial System. Commercial applications of Epirus’ technologies include protecting critical infrastructure and potential improvements in energy efficiency.

Since its foundation in 2018, the company has raised almost $145mn across three funding rounds. Its latest Series B round, announced yesterday, saw the company raise $70mn from lead investors Bedrock Capital, alongside Piedmont Capital, L3 Harris Technologies, Greenspring Associates, Fathom Capital and 8VC.

In a press release, Grant Verstandig, Epirus Co-Founder and Executive Chairman, said: “Epirus has achieved multiple milestones at breathtaking pace. Now, with backing from an exceptional, high-conviction group of investors led by Bedrock and support from two of the defense sector’s most innovative and forward-thinking partners in L3 Harris and Northrop Grumman, Epirus is poised to revolutionize directed energy and break the boundaries of power management, with far-reaching potential across defense, security, and commercial applications.”

The company said the funds would be used to manufacture and improve its SmartPower technology in particular, which relies on AI-enabled semiconductors for high levels of power density without overheating.

“Epirus counters the weak assumption baked into standard VC models that the economic and cultural gaps of defense-focused investments are too wide to overcome,” said Geoff Lewis of Bedrock Capital. “We’re very excited to invest in a company that has quickly translated its transformative ideas into scalable technology with broad market potential across the defense sectors. With its entrepreneurial mindset and scientific sophistication, we are confident that Epirus has the capacity to integrate its technology into top tier counter-UAS systems and lead the way in developing new and compelling directed energy applications.”