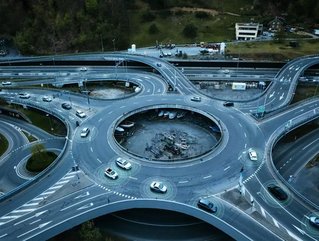 Luminar is a Palo Alto, California-based developer of lidar sensors and software for use with autonomous vehicles...

Luminar is a Palo Alto, California-based developer of lidar sensors and software for use with autonomous vehicles.

Lidar, the technology famously spurned by Tesla in its own pursuit of driverless cars, is used by the majority of competitors. The visual equivalent of radar, lidar involves measuring distances by shining a laser on an object and sensing its reflection. Extant since the 1960s, the technology found uses in many geographical pursuits such as surveying before being harnessed for autonomous vehicles.

Luminar says it partners with 7 of the 10 largest automotive manufacturers, helping them to enable the introduction of self-driving in line with the Society of Automotive Engineers (SAE) Levels of Driving Automation Standard. To date, commercial offerings typically fall into Level 2, which denotes a vehicle with automated steering and acceleration features, such as stay-in-lane and self-parking.

Luminar says its lidar sensor meets the necessary requirements to enable vehicles for level 3 all the way up to level 5, representing full autonomy at all times.

The company has announced it is to go public through a merger with Gores Metropoulos Inc, with the deal also including $400mn cash from Gores Metropoulos and $170mn of financing from investors including Alec Gores, Van Tuyl Companies, Peter Thiel, Volvo Cars Tech Fund, Crescent Cove, Moore Strategic Ventures, Nick & Jill Woodman and VectoIQ.

In a press release, Austin Russell, Founder and CEO of Luminar, said: “This milestone is pivotal not just for us, but also for the larger automotive industry. Eight years ago, we took on a problem to which most thought there would be no technically or commercially viable solution. We worked relentlessly to build the tech from the ground up to solve it and partnered directly with the leading global automakers to show the world what’s possible. Today, we are making our next industry leap through our new long-term partnership with Gores Metropoulos, a team that has deep experience in technology and automotive and shares our vision of a safe autonomous future powered by Luminar.”