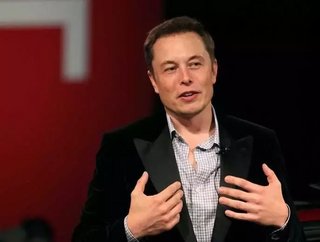 Tesla founder and inventor Elon Musk tweeted that he would have "no choice but to depart councils" in the event that Donald Trump pulls the US out of th...

Tesla founder and inventor Elon Musk tweeted that he would have "no choice but to depart councils" in the event that Donald Trump pulls the US out of the Paris Agreement on climate change.

Will have no choice but to depart councils in that case

Musk features on Trump's Economic Advisory Board and the Manufacturing Jobs Initiative councils and has reportedly used his influence to try and influence key decisions in the US government - namely to push for a carbon tax and to reevaluate the current stance on restricted immigration based on religion.

Having been criticised for his close proximity to Trump, Musk defended his position, stating that he is using it to try and influence the President.

“Attending advisory councils does not mean I agree with the actions by the administration,” Musk said back in February. “I want to propel the world towards sustainable energy and help make humanity a multi-planet civilisation.”

Also featured on the business council are sixteen other executives, including JPMorgan’s CEO Jamie Dimon and Blackstone’s founder and CEO Stephen Schwarzman, who also chairs and recruited the members of the committee.

Not all members of the council are supporting Trump on his various policies – Jim McNerney said that he found Trump’s ideas about trade to be ‘very dangerous.’

The President has also been criticised over his stance on the Paris Agreement, with his withdrawal likely the signal the ‘death of the Great Barrier Reef’ according to critics, whilst the Secretary-General of the UN Antonio Guterres said, “Climate change is undeniable. Climate action is unstoppable. Climate solutions provide opportunities that are unmatchable.”

The Paris Agreement was signed in April 2016 and described as a ‘historic turning point’ in the battle against climate change, pledging to significantly reduce the risks from global warming by keeping the global average temperature to ‘well below 2°C above pre-industrial levels’.

Trump, however, has already begun his mission against the climate change ‘hoax’ by cutting a third of the Environmental Protection Agency’s budget, scrapping the clean power plan and approving the construction of the Keystone and Dakota Access oil pipelines.