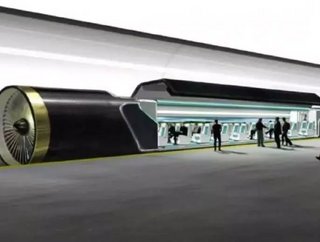 One of three proposed new routes in the UK for Elon Musk's Hyperloop One could cut the journey from London to Edinburgh to 50 minutes. That would make i...

One of three proposed new routes in the UK for Elon Musk's Hyperloop One could cut the journey from London to Edinburgh to 50 minutes. That would make it a 30-minute reduction from the current fastest transport method of flying, whilst driving currently takes seven and a half hours.

The 414-mile journey is just one route that is being targeted by Tesla co-founder Musk, with plans in the UK for Liverpool to Glasgow and Cardiff to Glasgow tracks also in the pipeline.

Six other proposed routes across Europe are also being taken into consideration in a semi-final, as well as eleven other routes across the US and projects in the UAE.

Musk first unveiled plans for the cutting-edge technology back in 2013 after a year of speculation, calling it a 'cross between a Concorde and a railgun and an air hockey table.'

Claiming he was motivated by the California High-Speed Rail Project, Musk criticised their train and called it 'slower, more expensive to operate and less safe' than flying, and asking why would anyone want to use it.

The Hyperloop, however, would alleviate those problems according to the Tesla chief. His new transportation system could rival the $68bn investment by the State of California and deliver passengers from Los Angeles to San Francisco in 38 minutes.

Hyperloop's first test track is currently just 500-metres long and situated in the Nevada desert, with trials expecting to run later this year. Musk also confirmed that the company will have 500 employees working on the system by the end of 2017.

Passenger and cargo pods levitate using magnetic force and are then loaded into a transporter. Hyperloop One then works on a basis of low-pressure air helping to propel the transporter and pods at nearly 700 miles per hour through tubs to their destination.