Leading American business media outlet Forbes has announced that it will be hosting its first ever Forbes CIO Summit Europe in London on 24 May. “Adv...

Leading American business media outlet Forbes has announced that it will be hosting its first ever Forbes CIO Summit Europe in London on 24 May.

“At the same time, the rising security risks that come with modern existence are also at the top of every agenda. Here again, the CIO is the key driver of risk mitigation, playing both offense and defense.”

The European conference will build on the firm’s existing annual CIO summit held in the US, gathering the most influential Chief Information Officer’s and CEOs of leading European technology companies.

“Drawing from Forbes’ deep insight into the global CIO community, the CIO Summit Europe has been developed to provide an intimate dialogue opportunity for today’s best practitioners to discuss the issues that are impacting their companies and careers,” said Charles Yardley, Senior Vice President and Managing Director for Europe at Forbes. 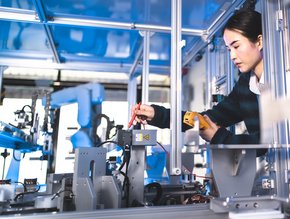 Genevieve Bell is Director at the School of Cybernetics and 3A Institute (3Ai) at the Australian National University. We chart her huge global influence…