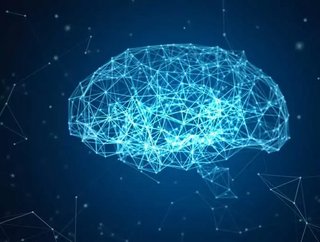 Gigabit experiences MindMaze’s neurorehabilitation technology and speaks to Tej Tadi, founder and CEO, about the future of human-machine interfaces...

Gigabit experiences MindMaze’s neurorehabilitation technology and speaks to Tej Tadi, founder and CEO, about the future of human-machine interfaces.

“MindMaze has always had one mission and that's to understand the brain,” says Tej Tadi, founder and CEO of brain technology company MindMaze. “To decode it and to connect it to the world. It's not about building brain-computer interfaces, but building human-machine interfaces.”

In 2016, that mission was aided by significant investment from the Indian conglomerate Hinduja Group, leader of a US$100mn funding round, which saw the company becomes Switzerland’s first ever tech unicorn.

MindMaze’s UK Market Development Director, Salim Ghoussayni, showed us two of MindMaze’s products in use: the MindMotion Go and the MindMotion Pro. The FDA-cleared products are virtual reality devices intended for use with patients who have sustained a neurological injury, such as that caused by a stroke.

We started with the Pro. Intended for use in a more hospital-like setting, the Pro is most effective when introduced to a patient early in the recovery cycle – indeed, introduction within days of the original incident is optimal. “The Pro is supposed to be a platform for more intensive training,” says Tadi. “When someone suffers an injury or a stroke, the Pro can be by their bedside, in the intensive care unit.” Its most obvious elements are a screen and a motion tracking sensor. Depending on the severity of impairment, the method of tracking might involve light up markers attached to the arms or, when patients have a larger range of motion, markerless tracking.

One activity showed an onscreen representation of the user’s arms, challenging them to move their hands to a target along a predefined path, measuring their accuracy. Another showed a representation of the user’s body, with the challenge being to cut fruit with a virtually wielded samurai sword. A medical professional is intended to be on hand to both interpret the results and provide a programme of activities for the patient, and the intent is to stimulate healing. “It's about training the brain early on to capitalise on neuroplasticity and the capability of the brain to heal itself.”

The MindMotion Go is a longer term solution for a clinical setting. It utilises consumer technology, in this case Microsoft’s motion sensing Kinect camera, once again paired with a screen. “We still customise from a software perspective by putting in a lot of improved filtering and tracking algorithms,” says Tadi. “But the Go shows the capability of off-the-shelf hardware to showcase just what our content can do.”

The Go tracks the user’s body without the need for markers, leaving them to move more freely and interact by using their entire body. A broad suite of activities is available to target different parts of the body, with each having a more deliberately video game-like aesthetic.

“The Go is a portable device that comes a bit later down the line, targeting specific skill sets that might need fine tuning,” explains Tadi. “There's also much more of a gamification focus.” That gamification manifests in the form of collectibles to aim for to increase your score, and successive levels of difficulty within each activity. As you might imagine, considering the different capabilities of patients, the range of motion necessary to control what is happening can be tweaked, just as with the Pro.

There’s an intentional symmetry to the setting of the activities and the ways in which they are controlled. You might be tasked with piloting a plane by stretching out your arms and bending at the hips, or controlling an animal as it crosses a road by stepping in place. The effect is to distract you from the repetitive exercises that are the meat and potatoes of rehabilitation.

That, however, is not Tadi’s preferred term for what MindMaze is doing. “It's not just neurorehabilitation,” he says. “I call it neurorestoration, because what we're able to do with our platform is to accelerate the ability of the brain to learn and recover.” That philosophy bleeds into MindMaze’s future plans. “Both injured brains and healthy brains share similar mechanisms. By understanding the injured brain, we can do a lot for the healthy brain too.” MindMotion products have helped in extraordinary recoveries, such as that of Andy Ibbot who successfully completed the marathon he had been training for before suffering a stroke.

Such successes have left Tadi to ponder future applications. “What we'd love is for them to come back to more than what they were originally capable of. Can we bring someone back to 100%? It's still to be seen. They're obviously much better off than where they would be without MindMaze, but what we'd love to see is an enhancement of their skill set.”

The ambition of harnessing the brain’s potential lies behind the firm’s long gestating CogniChip, which seeks to apply lessons learnt from the brain to better coordinate input from sensors. “The brain’s everyday integration of multiple senses is something that we want to replicate. That's the cognitive platform. It's going to be able to get data from cameras, from inertial sensors, from brain sensors, and the CogniChip will do the work that your brain does for you to put it together. There are applications in transport, aviation, automotive, gaming, communications, pretty much everything that we do.”

As MindMaze goes into the future, Tadi sees continuing expansion in the medical arena, but also harbours the broader ambitions inherent to the CogniChip. “One aim is to consolidate the digital therapy vision for healthcare. The other axis is heading towards partnership with multiple industries. We've already been involved in the motor sport business, in racing and safety, the gaming industry and virtual reality. We’re looking both ways.”