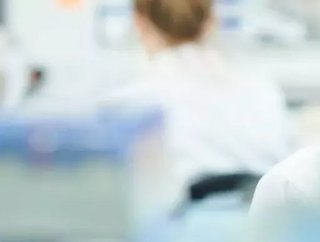 Atomwise is a San Francisco, California-based medtech startup employing AI for the discovery of drugs and the design of molecules...

Atomwise is a San Francisco, California-based medtech startup employing AI for the discovery of drugs and the design of molecules.

Founded in 2012, the company claims to have been the first to create conventional neural networks (the subset of machine learning that looks to the human brain for inspiration) for drug discovery.

Describing its team as a mixture of chemists, biologists and machine learning experts, the company’s AtomNet is a deep learning neural network used for “binding affinity prediction” for small molecules, a key part of the drug discovery process.

It says this technology has improved hit rates by up to 10,000 times, delivering results 100 times faster than conventional screening. AtomNet itself is capable of screening over 100 million compounds per day.

Its partners include the likes of Merck, Bayer and Hansoh Pharma, while previous accomplishments include the development of a new treatment for multiple sclerosis and a drug candidate for the Ebola virus.

The company yesterday announced a $123mn Series B funding round. Its largest round yet, the funds bring its total capital raised to almost $175mn. The latest round was led by B Capital Group and Sanabil, with support from heavy hitters including Tencent, Y Combinator and DCVC.

In a press release, Abraham Heifets, CEO and co-founder of Atomwise said: “Over the past three years, our platform AtomNet® has tackled — and succeeded — in finding small molecule hits for more undruggable targets than any other AI drug discovery platform. With support from our new and existing investment partners, we will be able to leverage this to develop our own pipeline of small molecule drug programs, further grow our portfolio of joint-venture investments, and realize our vision to create better medicines that can improve the lives of billions of people.”

The company said the financing would enable further scaling of its AI-driven portfolio, as well as expand its involvement with major pharmaceutical corporate partners - with $5.5bn in deals signed so far.