How blockchain technology is changing capitalism and society for good 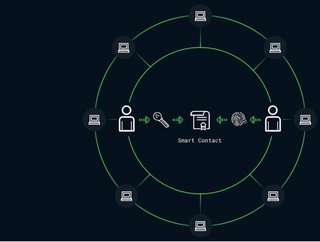 How blockchain technology is changing capitalism and society for good.

The technology that will have the greatest impact in our lifetime isn’t artificial intelligence or renewable energy, it is blockchain. Like smart phones, social networks, e-commerce and the genesis of the internet itself, blockchain is an inflection point for society.

Until now the process of digital transfer has relied entirely on copies. For example, when you send a copy of a file to a colleague by email, the original file remains. While this doesn’t pose a problem for the sharing of family photographs, it doesn’t work for the transfer of value because if I send you £10 it is important that I no longer have that £10. This duplication in value transfer is known as the double spend problem, and we get around that today by using third parties to establish trust in our economy. We trust governments, banks, credit card companies, lawyers and many others to perform the transaction logic on our behalf.

This has worked extremely well for us for a very long time, but the approach is not without its problems, and these are exacerbated in an ever connected world.

Using a third party can be slow (anyone that has made an international transfer knows this); relying on them for security is a serious and growing issue; and they are not always available. But the biggest problem of all is that they exclude a huge portion of humanity from the economy. Two billion people worldwide do not have a bank account or access to a financial institution via a mobile phone, or any other device (source: Business Insider). Closer to home, the scale of economic inequality is at its highest level since the industrial revolution.

The growth of the Internet as a platform for information has brought us wealth, but not prosperity. And this is central to the discontent that we are seeing in the world today.

Almost everyone has heard of Bitcoin. Bitcoin is a cryptocurrency – a store of value that isn’t controlled by a nation state. While this concept is revolutionary in its own right, it is the underlying technology, the blockchain, that represents the real opportunity for change.

Blockchain technology enables individuals to trust and transact with each other directly. Trust is established through collaboration and cryptography in software running on the devices of individuals all around the world.  It establishes consensus and verifies the veracity of transactions. In simple terms it enables the trustless transfer of assets between individuals and this happens a scale that ensures security and availability many times greater than the largest computing networks and supercomputers.

Running alongside blockchain is the concept of smart contracts. A smart contract is a piece of software that self-executes. It handles the enforcement, management and payment of agreements between individuals, enabling once complex agreements to be codified and automated.

All of this has fundamental implications for capitalism as we understand it today. Where wealth redistribution is currently inefficiently handled through taxation, blockchain enables the distribution of wealth creation itself.

At my company, EDGE, we are working on technology that removes the need for a trusted third party from the running of networked software. Our technology enables you to run a website or a mobile application without the need for a traditional hosting company or cloud (the trusted third party of old). It connects together the spare computing capacity in homes and businesses and makes its available to anyone who needs it to run their software. Transactions happen in the blockchain, with usage recorded and paid for through the use of smart contracts.

It allows anyone to participate in the business of cloud services, taking a sector that is currently controlled by a handful of massive corporations - Amazon, Google, Microsoft and others - and putting it in the hands of everyone. And as with cryptocurrencies, the technology is faster, more secure and cheaper to access.

This is just one example of a practical implementation of the blockchain and smart contracts. The technology is permeating every aspect of our society, from the processes of democracy, to entertainment, power generation to charitable causes.

Blockchain technology fights inequality by enabling the participation in the creation of wealth. In the same way that knowledge was once controlled by the state and is now free flowing, the ability to participate in the global economy at a fundamental level is becoming a reality. It enables everyone to participate, introducing billions of new participants, and unlocking value at a level unseen since the industrial revolution.

This is the true value of blockchain.

About Joseph Denne and EDGE

Joseph Denne is CEO and Founder of EDGE, the webservices business built on blockchain technology providing a fast, secure, cost effective alternative to cloud computing via its global edge computing network. EDGE offers the ability for businesses can reduce their expenditure on IT infrastructure and benefit from hosting or building their own applications on the network at a fraction of the cost of existing cloud services, whilst also allowing individuals to monetise their spare internet capacity by connecting to the EDGE network via their home broadband router.

Joseph is an expert in multi-agent and blockchain technologies as well as big data and machine learning. Previously, Joseph was Group Technical Director for the Leo Burnett Group, founder of multi-award winning technology company Airlock, the Technical Director at Chime Communications and a member of the technology board at the BBC.