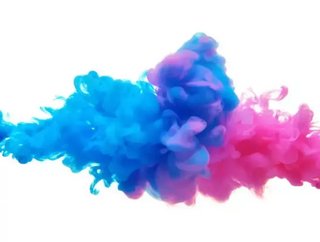 Researchers at IBM’s Zurich Lab have revealed one of their latest projects: an ‘e-tongue’ or chemical detection system called Hypertaste that can...

Researchers at IBM’s Zurich Lab have revealed one of their latest projects: an ‘e-tongue’ or chemical detection system called Hypertaste that can be used to classify beverages and other liquids.

In a blog post, IBM Research Staff Member, Patrick Ruch, suggested that such a system could be used by a manufacturer to verify the origin of raw materials or a food producer trying to identify counterfeit wine or whiskey.

Analysing liquids by sending them to a lab takes quite a lot of time and money whereas IBM Hypertaste is able to identify the composition of the liquid in a few minutes on a smartphone.

This makes it almost foolproof because the identification doesn’t rely on a single substance, according to IBM.

“At present, once food and drinks are packaged, there is little ability to verify that the package actually contains what is on the label, apart from sending the product to a lab for testing,” Ruch wrote in a blog post.

“Suppliers acting in bad faith may insert lower-quality products into the supply chain with little risk of getting caught, or counterfeiters may even fake a real product by adding the few analytes which are most likely to be tested for in a lab.

"Fooling a combinatorial sensing system such as Hypertaste is much harder as there is no single substance on which the identification relies, and it is more difficult for wrong-doers to access the sensor training parameters which provide the “key” to interpreting the chemical fingerprints.”

As well as improving supply chain safety, Ruch highlights how IBM envisions that Hypertaste could be used to identify “more challenging” liquids in the future.

For instance, it could potentially analyse a patient’s urine to assess overall health.

“The spectrum of possible applications is vast and spurs the imagination,” wrote Ruch.

“We are confident that, through forthcoming refinements, the use of AI-assisted, portable chemical sensors will meet the needs of many industries when it comes to the fast and mobile fingerprinting of complex liquids.”