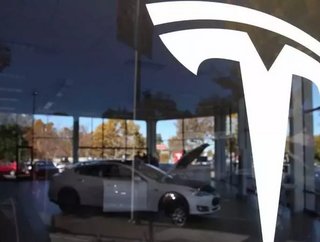 CEO of 21st Century Foxand now on the Tesla board, James Murdoch has joined Elon Musk in the quest to prove that the electric car manufacturer is worth...

CEO of 21st Century Fox and now on the Tesla board, James Murdoch has joined Elon Musk in the quest to prove that the electric car manufacturer is worth the hype and its current stock price.

As well as the appointment of Murdoch, Johnson Publishing Company's CEO Linda Johnson Rice joins the board as Tesla seeks members that are "independent" of Musk.

Previously, five of the six Tesla board members had either personal or professional ties to Musk - one of whom was his brother, Kimbal.

This provoked a letter from a group of investors that asked for the addition of members who had no links or ties to Musk or any of his businesses.

In response, Musk tweeted in May: "I already said we'd add more independent members during the SolarCity merger. We're going to announce this soon, but this group has nothing to do with it."

Tesla welcomed the two new arrivals in a statement, noting Johnson Rice's "extensive corporate board experience, having previously served on the boards of a number of companies across a variety of industries."

"Meanwhile, James Murdoch has been instrumental in the company’s robust social impact initiatives, including its decade-long leadership on environmental sustainability."

Currently, Tesla's stock price is "higher than we have any right to deserve" according to Musk. He did later clarify his statement by tweeting, "Tesla stock is obviously high based on past & present, but low if you believe in Tesla's future. Place bets accordingly..."