Microsoft and OpenAI: the US$1bn partnership that will define the future of AI 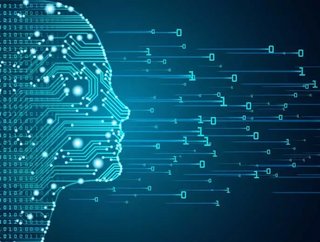 Artificial Intelligence (AI) - the mechanical and technological imitation of human and animal intelligence - is a concept almost as old as civilization...

Artificial Intelligence (AI) - the mechanical and technological imitation of human and animal intelligence - is a concept almost as old as civilization itself. In Homer’s Iliad, the Greek God of fire and forges, Hephaestus, was a creator of robots. From golden tripods that served food at banquets to fully realized simulacrums of humanity capable of conversation and storytelling.

The machines may have been divine in origin, but were also mechanical in nature, and betray the first flickerings of human fascination with recreating, from metal and stone, the most enigmatic and powerful element of humanity: our intelligence.

In her book, Machines Who Think, Pamela McCorduck notes that, historically, human attitudes towards AI diverged in antiquity into two camps: the Hellenic and the Hebraic. The Hellenic (Greek) tradition, as in the Iliad, expressed human wonder at the idea of thinking machines, and treated them as something to be strived for.

The latter school of thought, informed by the Second Commandment ("Thou shalt not make unto thee any graven image" - basically a non-compete clause stating humans shouldn’t have any other gods or undertake any of the activities that fell within God’s purview) approached the idea of creating something akin to life in any way but the biblical sense with fear and revulsion. Turning to his creator, the monster says: “I ought to be thy Adam; but I am rather the fallen angel.” Frankenstein’s monster perfectly embodies the Judeo-Christian fear of the thinking machine. Fast forward to the 1980’s, and you have The Terminator; fascination and fear have always surrounded the idea of AI.

Obviously, the Second Commandment didn’t stand in the way of human inventiveness for long. Today, AI drives business analysis and decision making around the world. Accenture predicted in 2017 that by 2035, the US market for AI would attain a value of $8.3trn per year. Constantly improving in terms of power and computational ability, AI is arguably the most impressive advancement of the past century, competing with polio vaccines, the internet and manned space travel. But there’s a problem...

The limitations of specialized AI

An AI can play chess better than a grandmaster, read an x-ray with more precision than a head of surgery and fly a fighter jet with more flair than Will Smith in Independence Day. However, all these mind-boggling feats need to be performed by different AI systems, and each one requires extensive training and preparation.

“We’re very far from having machines that can learn the most basic things about the world in the way humans and animals can do,” said Facebook’s head of AI, Yann LeCun in an interview with The Verge. “In particular areas machines have superhuman performance, but in terms of general intelligence we’re not even close to a rat.”

The future is adaptable

The secret to the next step towards the holy grail of an adaptable, generally intelligent AI (an AGI) may currently lie within the walls of an office on 18th Street in San Francisco. Founded in 2015 by a cohort of Silicon Valley luminaries (including Elon Musk) OpenAI’s 100-strong team has been striving to breach the chasm between the current state of the art and the potentially limitless applications of the next step in creating a true “thinking machine.”

According to the OpenAI team, “AI system building today involves a lot of manual engineering for each well-defined task. In contrast, an AGI will be a system capable of mastering a field of study to the world-expert level, and mastering more fields than any one human — like a tool which combines the skills of Curie, Turing, and Bach. An AGI working on a problem would be able to see connections across disciplines that no human could. We want AGI to work with people to solve currently intractable multi-disciplinary problems, including global challenges such as climate change, affordable and high-quality healthcare, and personalized education. We think its impact should be to give everyone economic freedom to pursue what they find most fulfilling, creating new opportunities for all of our lives that are unimaginable today.”

So far, it’s done quite well. The OpenAI has displayed a diverse range of skills, breaking records for dexterity, generating convincing song lyrics and short stories, and taking on human champions at Dota 2. The OpenAI project was originally intended to be purely non-profit, but has since announced that it is opening itself up to outside investment.

The software giant announced yesterday that it will be investing $1bn into OpenAI, in order to further drive the company’s innovation. According to the OpenAI team, “we’re partnering to develop a hardware and software platform within Microsoft Azure which will scale to AGI. We’ll jointly develop new Azure AI supercomputing technologies, and Microsoft will become our exclusive cloud provider—so we’ll be working hard together to further extend Microsoft Azure’s capabilities in large-scale AI systems.”

“The creation of AGI will be the most important technological development in human history, with the potential to shape the trajectory of humanity,” said Sam Altman, CEO, OpenAI. “Our mission is to ensure that AGI technology benefits all of humanity, and we’re working with Microsoft to build the supercomputing foundation on which we’ll build AGI. We believe it’s crucial that AGI is deployed safely and securely and that its economic benefits are widely distributed. We are excited about how deeply Microsoft shares this vision.”