Microsoft: ‘should’ companies outperform ‘can’ companies when it comes to AI development 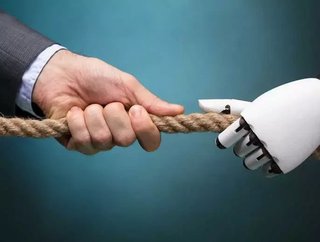 In its report, Maximising the AI Opportunity, Microsoft discussed the ethics of AI development and how a firm’s approach can have significant effects...

In its report, Maximising the AI Opportunity, Microsoft discussed the ethics of AI development and how a firm’s approach can have significant effects on performance and resilience

Microsoft said that, according to its findings, firms who take the latter approach are not only taking the ethical route but are also fortifying themselves against future AI-based challenges and, interestingly, are even performing more effectively at this early stage.

“Those that start their AI journey by agreeing clear underlying values and ethics are 28% more likely to seek to improve the world and make life better in the UK,” the report said.

“What’s more, ‘should’ companies have been shown to outperform ‘can’ companies by 9% on average, adding weight to the business case as well as the societal one.”

Fostering a ‘should’ ethos is therefore highly recommended by the tech giant, which continued its report by suggesting how such an environment can be developed amongst firms experimenting with artificial intelligence.

Microsoft said that ‘should’ companies are 22% more likely to have developed a culture of transparency between managers and employees, and are 10% likelier to focus on diversity and inclusion as a priority.

“Crucially, they are 13% more likely to ensure AI is used responsibly,” it added.

The report noted that these factors are not created by external pressures, such as regulation, but instead come from proactive internal action.

Microsoft identified the profile of a ‘should’ company in the following points: