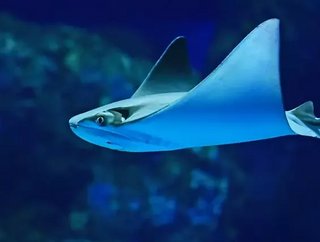 Researchers at Singapore University of Technology and Design (SUTD) have created a process which enables robots’ mechanical properties to be tailored in an accessible manner. Robots are often depicted as stiff, metallic structures but an emerging class of pliable machines known as soft robots is gaining ground. The move is inspired by the flexible forms of living organisms and soft robots have wide applications in sensing, movement and grasping. However, robots are mostly made through manual casting which limits their complexities.

3D printing, or additive manufacturing, is coming into play because it facilitates repeatability and allows more complex designs, which then improves quality and performance. Embedded 3D printing is especially suited for fabricating soft robots made of multiple materials or composites. Also involved is topology optimisation (TO), where mathematical models are used to design bespoke structures. Automating these two key steps meant an integrated workflow for customisation of the soft robots and minimising errors at the same time.

Put to the swimming test for harsh environments

The example the researchers used was a swimming autonomous robot inspired by batoids, that is, types of rays, which are related to sharks. The robot’s fin geometry was defined, after which TO was used to generate the structure and properties within prescribed material and motion constraints. The design is then transformed into code that is read by 3D printers, which in turn then fabricate the robot. The swimming robots were designed to survive the marine environment’s harsh conditions and to test how changes in such an environment could impact the fabricated robot’s swimming performance and speed of movement.

The soft robot composite fin made using the integrated workflow method was found to be 40 per cent faster and had the smallest turning radius, making it better at maneuvering through water. This new fabrication method was also found to be able to be applied to the design of other types of robotics, which can be used for different things and for different activities.