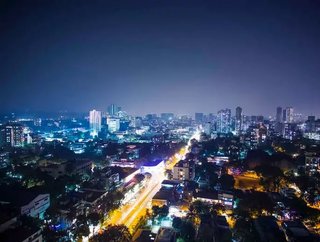 Reliance Industries, India’s largest private sector firm by revenue, has revealed that it will be spearheading a 10-year investment project within Ind...

Reliance Industries, India’s largest private sector firm by revenue, has revealed that it will be spearheading a 10-year investment project within India’s Maharashtra district that is expected to cost Rs 60,000 Crore (USD$9.34bn).

The announcement was made by Reliance Industries’ CEO Mukesh Ambani on the opening day of the Magnetic Maharashtra investor summit, the state’s first event of its kind, held between 18-20 February.

Ambani revealed that the project would be undertaken in collaboration with over 20 leading global tech players including Cisco, Dell, Siemens, HP, Nvidia, Nokia and Corning.

“When we contacted globally reputed technology companies to participate in this initiative, we received an instant and enthusiastic response,” Ambani said, according to Reuters.

The initiative will particularly focus on Industry 4.0 technologies such as AI, IoT, Blockchain, VR and AR in the aim of making Maharashtra a regional hub for innovation.

The project is expected to provide the country with a significant resource for solving some of its wider social problems in educations, healthcare, water and agriculture, through the development and deployment of next generations technologies.

Reliance Industries has significantly transformed India’s telecommunications industry in recent times, with the country going from 155th to first in the world for mobile data consumption since the launch of its Jio unit.