Removing the robot factor from AI

By Ben Stoneham, founder and CEO, autologyx
May 17, 2020
undefined mins 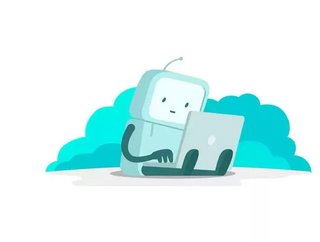 AI and machine learning have something of an image problem. They’ve never been quite so widely discussed as topics, or, arguably, their potential so...

AI and machine learning have something of an image problem.

They’ve never been quite so widely discussed as topics, or, arguably, their potential so widely debated. This is, to some extent, part of the problem. Artificial Intelligence can, still, be anything, achieve anything. But until its results are put into practice for people, it remains a misunderstood concept, especially to the layperson.

While well-established industry thought leaders are rightly championing the fact that AI has the potential to be transformative and capable of a wide range of solutions, the lack of context for most people is fuelling fears that it is simply going to replace people’s roles and take over tasks, wholesale. It also ignores the fact that ‘AI’ applications have been quietly assisting people’s jobs, in a light touch manner, for some time now – and people are still in those roles.

Many people are imagining AI to be something it is not. Given the technology is still in a fast-development phase, some people think it is helpful to consider the tech as a type of ‘plug and play’, black box technology. Some believe this helps people to put it into the context of how it will work and what it will deliver for businesses. In our opinion, this limits a true understanding of its potential – and what it could be delivering for companies day in, day out.

The hyperbole is also not helping. The statements “we use AI” and “our product’s AI driven” have already become well-worn by enthusiastic salespeople and marketeers. While there’s a great sales case to be made by that exciting assertion, it’s rarely speaking the truth about the situation. What is really meant by the current use of ‘artificial intelligence’? Arguably, AI is not yet a thing in its own right; i.e the capability of machines to be able to do the things which people do instinctively, which machines instinctively do not. Instead of being excited by hearing the phrase “we do AI!”, people should see it as a red flag to dig deeper into the technology and the ‘AI’ capability in question.

Machine learning, similarly, doesn’t benefit from sci-fi associations or big sales patter bravado. In its simplest form, while machine learning sounds like a defined and independent process, it is actually a technique to deliver AI functions. It’s maths, essentially, applied alongside data, processing power and technology to deliver an AI capability. Machine learning models don’t execute actions or do anything themselves, unless people put them to use. They are still human tools, to be deployed by someone to undertake a specific action.

The tools and models are only as good as the human knowledge and skills programming them. People, especially in the legal sectors autologyx works with, are smart, adaptable and vastly knowledgeable. They can quickly shift from one case to another, and have their own methods and processes of approaching problem solving in the workplace. Where AI is coming in to lift the load is on lengthy, detailed, and highly repetitive tasks such as contract renewals. Humans can get understandably bored when reviewing highly repetitive, vast volumes of contracts to change just a few clauses and update the document. A machine learning solution does notnget bored, and performs consistently with a high degree of accuracy, freeing those legal teams up to work on more interesting, varied, or complicated casework.

Together, AI, machine learning and automation are the arms and armour businesses across a range of sectors need to acquire to adapt and continue to compete in the future. The future of the legal industry, for instance, is still a human one where knowledge of people will continue to be an asset. AI in that sector is more focused on codifying and leveraging that intelligence – and while the machine and AI models learn and grow from people, so those people will continue to grow and expand their knowledge within the sector too. Today, AI and ML technologies are only as good as the people power programming them.

As Oren Etzioni, CEO of the Allen Institute for Artificial Intelligence put it, “AI is neither good nor evil. It’s a tool. A technology for us to use.” How we choose to apply it is entirely up to us.