By Harry Menear and William Smith
May 17, 2020
undefined mins 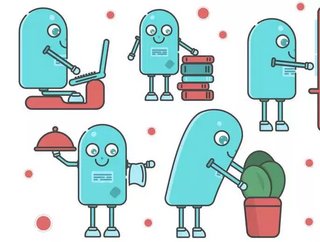 The history of RPA Alongside machine learning (ML) and natural language processing (NLP), robotic process automation (RPA) has transformed over the las...

The history of RPA

Alongside machine learning (ML) and natural language processing (NLP), robotic process automation (RPA) has transformed over the last year “from fledgling siloed capabilities to tenets of strategy” with “profound potential for business and society,” according to Deloitte Insights’ breakdown of technology trends for 2019. Gartner predicted in June that the global RPA market, after growing 63.1% last year, will continue its meteoric expansion, reaching $1.3bn in 2019. By 2025, McKinsey & Co believes that automation technologies (of which RPA is expected to be a leading element) could have a global financial impact of around $6.7trn. The experts are united: RPA is going to leave behind a dramatically different world to the one that preceded it.

RPA is often mentioned in the same breath as artificial intelligence (AI), deep learning, ML and NLP. First coined by AI pioneer Arthur Samuel, RPA is a child of ML endeavors that took place at the end of the 1950s, thought to be stepping stones along the way to creating more and more sophisticated AI. While Samuel, his colleagues at IBM at the time, and the world’s IT community as a whole, were decades away from anything approaching the success they sought, the first step had been taken.

As it was then, so it is now; AI, ML and RPA have always been closely entwined. An ML pioneer coined the term and computer scientists today still put a lot of stock in the interplay between the apparently similar, yet distinctly different technologies.

In 2017, when it was starting to become apparent that RPA was stepping out of its theoretical and experimental stages and would be a fundamentally vital business tool in a short while, a report by the Institute of Electrical and Electronics Engineers (IEEE) provided a working definition of RPA and, more importantly, a distinction between it and AI.

In simple terms, AI mimics the way humans think and RPA copies the way humans act. In both cases, the results are often significantly faster and more accurate, but limited in scope compared to human efforts. While the first references to intelligent objects can be found as far back as Homer’s Iliad, and science fiction writers like Isaac Asimov have long entertained the possibility for AI to simulate and even exceed human capabilities, RPA has - perhaps fittingly - led a humbler existence. That isn’t to say that it’s less likely to change the world.

RPA in its modern form seems as if it has only just arrived. The gist of the technology is that, unlike previous forms of automation which ran in the back-end of a system, RPA allows for robots to interact directly with human-targeted graphical user interfaces (GUIs). By watching and recording a human teacher’s inputs, RPA technology can then repeat those inputs, albeit more quickly, reliably and inputting alternative forms of data if necessary.

Already, however, a number of companies are pushing versions of this technology upgraded through the use of machine learning and AI. These solutions go by a number of names such as Intelligent Automation or Intelligent Process Automation. Here are three of the new intelligent RPA offerings with some of the most dramatic implications for the business landscape.

Cognizant advertises the platform-agnostic nature of its automation offerings, which can ‘harmonise’ with legacy systems. The company identifies automation potential in tasks across the business operation, which it says its machine learning augmented robotic process automation can provide. Cognizant offers so-called ‘Robotics-as-a-Service’ systems which can free human workers up to pursue less menial tasks in sectors such as insurance, banking, healthcare, manufacturing and more.