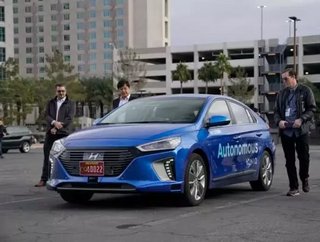 Technology giant Samsung is hot on the heels of Waymo and Tesla, with the announcement that it has been given permission to begin testing its fleet of s...

Technology giant Samsung is hot on the heels of Waymo and Tesla, with the announcement that it has been given permission to begin testing its fleet of self-driving cars on public roads in California.

Calfornia's Department of Motor Vehicles set out a list of terms in their Autonomous Vehicle Tester Program, and Samsung was one of the companies featured who had agreed to the measures, joining Apple - who received a permit to test its own cars four months ago.

Samsung has already been testing autonomous vehicles in its native South Korea with technology built into Hyundai cars, but now they can begin testing in the US in a bid to beat major rivals to the first major milestone - a fully-autonomous car licensed on a public road.

Those tests in South Korea aimed to identify any flaws in the algorithm when dealing with adverse weather conditions, but Samsung has reaffirmed that they have "no plans" to enter the car-manufacturing business.

Car technologies seem to be the business for Samsung instead, with a $8bn deal being secured for car audio maker Harman International earlier this year.

Samsung's plans to enter the car market and open plants in Europe in 1996 faltered during the Asian financial crisis, with Samsung Motor eventually being sold to Renault at a significant loss - now, Samsung owns 19.9% of the resulting company, Renault Samsung.

At the time, Samsung had committed $13bn to invest in facilities by 2010 and revealed their ambition to become one of the world's top manufacturers and secure 30% of South Korea's market share.