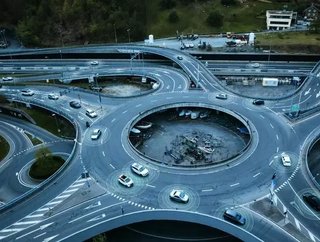 As the digital transformation of the automotive industry continues at pace, companies small and large are competing to bring autonomous vehicles to mark...

As the digital transformation of the automotive industry continues at pace, companies small and large are competing to bring autonomous vehicles to market.

Pony.ai, a startup which has a presence in both the US and China, is one such firm. Founded in 2016 in the US by alumni from Chinese tech company (and AI specialist) Baidu, the company has been testing on public roads in the US and China since 2017.

The company has just announced a $400mn investment from Toyota, further to a partnership the two undertook last year for autonomous driving pilots in China using Pony.ai’s technology and Toyota’s vehicles.

The company has further operated a robotaxi pilot service known as PonyPilot in the city of Guangzhou, China since 2018. Pony.ai touts its use of machine learning to navigate the complex road environment. In January it announced a collaboration with ON Semiconductor on sensors including imaging, radar, LiDAR and ultrasonic sensing.

According to Crunchbase, the additional funding takes the total amount of money raised to $726mn. Pony.ai said in its press release that it is consequently now valued at over $3bn.

The established car giants are increasingly catching up to challengers by investing in autonomous vehicle technology. While the eventual goal is an autonomous vehicle at level 5 of the Society of Automotive Engineers’ (SAE) Levels of Driving Automation Standard, representing complete autonomy at all times, that target remains a way off.

Regardless, the General Motors-backed Cruise recently unveiled an all-electric autonomous vehicle, while Mercedes-Benz and Bosch have begun an automated ride-hailing pilot. Those attempts are in some ways existential - Tesla, a firm that produces a small fraction of vehicles compared to competitors, is nevertheless the second most valuable car company, behind only Toyota, thanks to its technological approach. Toyota itself has other partnerships in the car technology space - it recently took part in a project with Panasonic to form a joint venture in the electric vehicle battery industry.