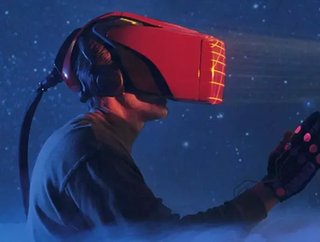 Virtual reality could soon be making an impact in healthcare, as a study by the Human Interface Technology Lab's SnowWorld has shown that VR can divert...

Virtual reality could soon be making an impact in healthcare, as a study by the Human Interface Technology Lab's SnowWorld has shown that VR can divert a patient's attention away from their pain and into the computerised world.

Opioid usage is fast becoming an epidemic in the United States, with prescriptions trebling in the past three decades. In 2015, the US Centres for Disease Control and Prevention estimated that over 16,000 people died from a prescription drug overdose. The proposed alternative is therapy by virtual reality.

The experimental therapy has been devised by psychologist Hunter Hoffman, who trialled his idea on army veterans and burn victims and discovered that patients reported a 50% reduction in pain whilst they were playing his VR game - a simple distraction involving throwing snowballs at penguins.

That success has led HITLab to create Firsthand Technology, a company dedicated to creating new technologies to help ease chronic pain and suffering.

Virtual and augmented reality has actually been used as far back as the 1960s when US Air Force veteran turned inventor Tom Furness tried to treat phobias and teach foreign language using the technology. Furness founded the HIT Lab in 1989 and earned the lifetime achievement award for his work in VR and AR.

A second version of the virtual reality game is already in testing and early signs suggest it's going well - all but one of 40 people in a clinical trial reported reduced pain. Most reported a drop in pain levels of 60-75%, whereas morphine only averages around a 30% reduction.

The hypothesis has caught on and is being tested by similar laboratories in North America, and all have reported an improvement in patients following VR simulations.