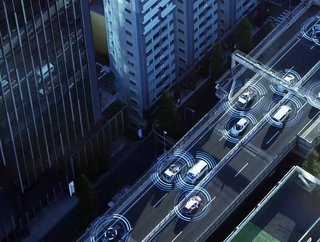 The UK government has announced it is consulting on allowing the use of Automated Lane Keeping systems in the UK...

The UK government has announced it is consulting on allowing the use of Automated Lane Keeping systems in the UK.

Such technologies take over a vehicle’s steering, allowing it to automatically remain in lane while driving - though the driver must remain prepared to reassume control.

One of the areas the consultation is looking at is whether any incidents involving such systems are the responsibility of the vehicle manufacturer or automation technology provider.

The end-goal for manufacturers is achieving a fully autonomous vehicle ranked level 5 on the Society of Automotive Engineers (SAE) Levels of Driving Automation Standard, meaning they are able to operate in all conditions without human interaction. To date, no solution has achieved that, with commercial offerings typically falling into levels 2 and 3. Level 2 denotes a vehicle with automated steering and acceleration features, such as stay-in-lane and self-parking (the kind being considered in the UK), while level 3 is indicative of a vehicle capable of detecting the environment surrounding it to, for instance, overtake other vehicles.

Such stay in lane systems could come to UK roads by Spring 2021, depending on the results of the consultation, at speeds of up to 70mph.

The UK lags behind other countries in deploying the technology, particularly when it comes to China and the US, two nexuses of automated vehicle development. In the latter, one of the leading contenders is Google’s self driving car project, Waymo, which at the start of the year achieved 20 million autonomous miles of testing on public roads. The company has recently partnered with Volvo to integrate its Waymo Driver product, which can be built into third-party vehicles to afford them autonomous capabilities.

In China, DiDi leads the way. China’s Uber equivalent has received permission to test its autonomous fleet in the Jiading district of Shanghai, with vehicles on level 4 of the SAE scale, meaning they are capable of operating in all conditions without human intervention. Although disrupted by the COVID-19 pandemic, plans included a further roll out to cities such as Beijing and Shenzhen, and even California in 2021.