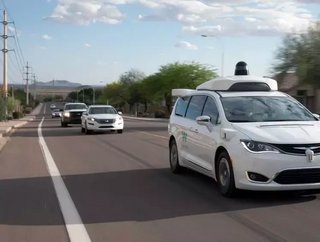 Waymo, a stablemate of Google under the Alphabet umbrella, has announced it is to offer driverless trips to the general public in Phoenix, Arizona...

Waymo, a stablemate of Google under the Alphabet umbrella, has announced it is to offer driverless trips to the general public in Phoenix, Arizona.

The move is the culmination of a longstanding testing initiative in the city, where it has operated self-driving vehicles in a 100 square mile area since 2017. In late 2018, the company debuted a ride-hailing service known as Waymo One.

Waymo resumed its operations in Phoenix back in May, after disruption caused by the ongoing COVID-19 pandemic, at the same time announcing a gargantuan $3bn funding round from participants including Silver Lake and the Canada Pension Plan Investment Board.

Now, it says that members of the general public will be able to use the Waymo One app to book fully driverless rides.

For safety reasons, initially a driver was always present in case of emergency, but in 2020 between 5 and 10% of rides have been fully driverless.

In a blog post, CEO John Krafcik said: “In the near term, 100% of our rides will be fully driverless. We expect our new fully driverless service to be very popular, and we’re thankful to our riders for their patience as we ramp up availability to serve demand. Later this year, after we've finished adding in-vehicle barriers between the front row and the rear passenger cabin for in-vehicle hygiene and safety, we'll also be re-introducing rides with a trained vehicle operator, which will add capacity and allow us to serve a larger geographical area.”

The race to achieve a functioning public robotaxi network has increasingly narrowed to a few financially muscled competitors. Waymo’s competitors include the likes of Tesla, which is planning a distributed network Tesla owners can sign their vehicles up to, and Chinese firm DiDi, which has been conducting its own autonomous vehicle trials in the city of Guangzhou.