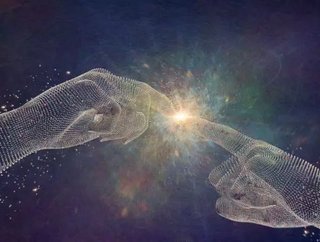 By Andy Cotgreave, technical evangelist at Tableau People have always integrated new technologies into the workplace, and artificial intelligence (AI...

People have always integrated new technologies into the workplace, and artificial intelligence (AI) and automation are no exception.

However, a common concern is that AI is going to take our jobs. One look at recent media coverage citing recent reports by PwC and McKinsey might suggest so, but the issue is not as black and white as this.

The situation is actually subtler and even optimistic. A line from the executive summary of McKinsey’s “Harnessing automation for a future that works” states: "While less than five per cent of all occupations can be automated entirely using demonstrated technologies, about 60 per cent of all occupations have at least 30 per cent of constituent activities that could be automated." As you can see, it’s hardly the employment Armageddon that some are quick to portray. In fact, 30 per cent of an employee’s job being automated would free up their time and boost productivity in many cases, my own job being no exception.

Furthermore, the report states: “the world’s economy will actually need every erg of human labour working, in addition to the robots, to overcome demographic aging trends in both developed and developing economies. In other words, a surplus of human labour is much less likely to occur than a deficit of human labour.”
So how do you distil the truth, especially in an area where there are a multitude of differing viewpoints, and decide the impact that AI will have on your business and job?

Firstly, read the underlying research reports
Machine learning, a subset of AI, will almost certainly transform the world. Advances in the last 12 months demonstrate its potential. In early 2017, Libratus beat the best pro poker players in the world. DeepMind created AlphaGo Zero, which taught itself to become the best Go player on the planet. Then last November, AlphaGo Zero became a superhuman chess and shogi player in less than 24 hours. Not only are the algorithms getting more powerful, they’re also becoming more efficient.

We’re living in an exciting period for technology, but this doesn’t mean that firms should dispose of their analytics teams and go all in with AI. Some have argued that that AlphaGo is actually an outlier, and corporations are getting less and less involved in ground-breaking scientific research. Other organisations are following suit. For example, Tesla is rolling back its automation plans (“Humans are underrated,” tweeted Elon Musk), YouTube is removing dangerous algorithms from its YouTube app, and even Formula 1 races are being lost because of incorrect data models.

Additionally, finding the talent to successfully run machine-learning projects is no easy feat. The best and brightest are often snapped up by the tech giants of the world before they’ve even graduated. Teams will have to be germinated and grown internally.

Attend any business technology conference and the agenda will be packed with AI and machine learning sessions. However, the message is likely to be more mundane than the more recent technology described above. The current recommendation is to begin with small, well-defined questions that can be tested against large datasets. This is not because the experts aren’t highly talented but rather, the real-world business applications aren’t up to speed with the media hype.

The next step – Turning to data
Whatever the hype, businesses need to be thinking about artificial intelligence, machine learning, and automation, and it must start with data. After all, data is the foundation of any AI system. This is one of the biggest barriers to successful AI and machine learning adoption.

It’s critical firms have sound and mature data management practices in place first. Moreover, human intelligence is necessary to analyse and make decisions with the data. Without a data-first culture in place, moving to AI-focused models is too much of a leap. People simply will not trust ‘black-box’ AI if they don’t already trust what feeds it.

Picking the right team
It goes without saying that the data analytics platform be robust, but the teams responsible for it must also have a good blend of skills. The traditional skill-profiles have changed, and the need for diversity should be reflected in the team’s makeup.

The government has a vital role to play in supporting tomorrow’s workforce during the rise of automation by providing thorough education and training. Without investment to improve data literacy, the UK risks expanding the skills gap and falling further behind countries like the US and China.

As companies build out data maturity within their organisation in the short term, they must identify teams who are ahead of the curve by considering which teams have high-quality, large datasets, and tightly-defined questions. Of those teams, the most analytically mature will be able to make the first inroads into AI-based decision-making.

As AI and machine learning integrate themselves into our careers, we need to look beyond the headlines. If businesses prepare themselves by employing vigorous data management practices and future-proofing teams with the right skills, the combination of AI and human intuition will be powerful.