Featured Article
Digital Transformation
augmented reality
AI
automation
We take a look at some of the disruptive technologies with the potential to transform the ways in which we work, in both an office and industrial settin...

We take a look at some of the disruptive technologies with the potential to transform the ways in which we work, in both an office and industrial setting.

The digitisation of the workplace is less of a choice than an inevitability. Digital transformation is being implemented across all sectors and in all fields. There is, however, no one definition of a workplace, all of which have different requirements and possibilities. Here, we look at the transformative potential of two of the workplaces most ripe for disruption.

But digital transformation goes beyond implementing the latest cloud system or even replacing stairs with slides. A number of technologies promise a more fundamental change to the way work is done in such an environment.

Augmented reality (AR) is one such tool, promising to bring previously sci-fi concepts like Minority Report-style floating virtual interfaces to the real world. Although it admittedly has skin in the game, Mojo Vision, a company developing smart contact lenses, released a report which surveyed a 1,000 workers and found that 78% would be open to using such technology over the course of their work. That’s a demand which companies are increasingly racing to meet. Perhaps the most advanced attempt at implementing ‘mixed reality’ is Microsoft’s HoloLens 2, the pricing model of which aims it squarely at enterprises. Microsoft is not the only tech company exploring the emerging field, with patents filed by Apple demonstrating an interest in a potential finger control system for an as yet unreleased mixed reality device. 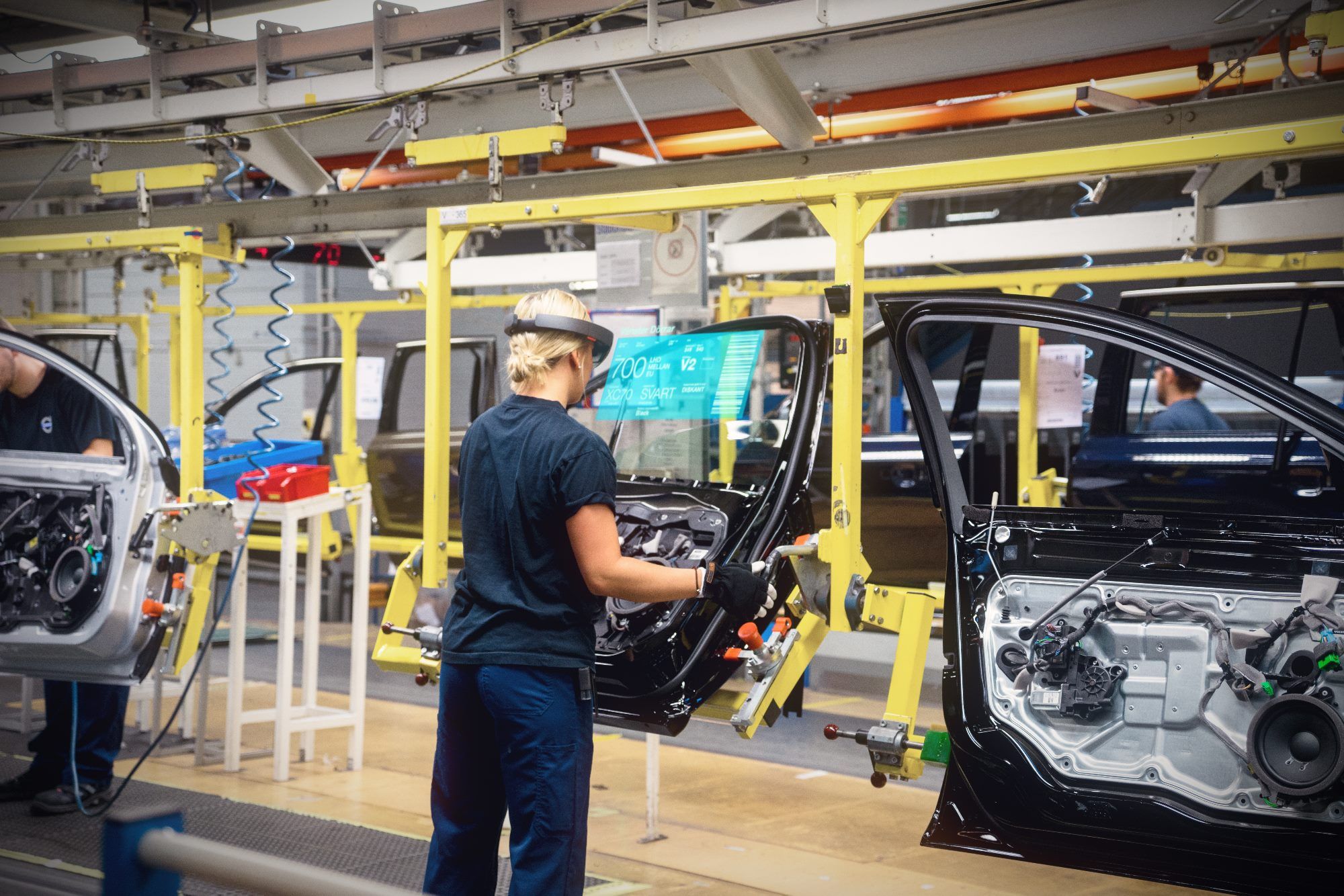 Aligned with that development is the increased possibility of remote working, due to both technological and cultural advances. In the former field, the aforementioned HoloLens offers a ‘holoportation’ feature that provides a more human experience compared to calling in, thanks to the virtual representation of those in the meeting. Consequently, a report from Deloitte advised employers to culturally change to treat their employees more like customers, owing to the increased freedoms afforded to the digitally savvy worker.

Then there’s the elimination of busywork promised by the arrival of robotic process automation (RPA), which allows for software robots to interact directly with human-targeted graphical user interfaces (GUIs). RPA technology can watch human teachers as they go about tasks such as data entry or validation, then repeat those inputs, albeit more quickly and reliably, with some implementations then able to use machine learning to optimise their tasks. RPA is a crowded and rapidly growing field, with dedicated companies like Automation Anywhere and UiPath dovetailing with offerings from established giants such as Cognizant, IBM and SAP, all of which promise to free workers from drudgery and allow them to focus on more creative tasks.

The industrial workplace is also being transformed, bringing new levels of efficiency. One of the most promising areas for industry is automation in the form of collaborative robots.

The business case for increasing automation is obvious, but anxieties persist about the impact such technologies will have. Research by Oxford Economics has suggested that, by 2030, 20 million manufacturing jobs will have been lost to robots, with those losses disproportionately affecting lower-skilled workers and those in poorer countries. There is an alternate vision, however, of a world where, rather than taking jobs, robots can work alongside humans. Such robots have come to be known as ‘cobots’ thanks to the collaborative and cooperative work they are designed for.

We spoke to Walter Vahey, Executive Vice President, Teradyne, a company with a number of automation subsidiaries including Denmark’s Universal Robots, who gave a useful definition of cobots as opposed to robots. “Industrial robots are picking up and moving automotive bodies, placing windshields into cars - big, heavy tasks,” he says. “Whereas fixed cobots are doing more human scale activities. They're easy to use, and safe to deploy around humans. They're easy to program, easy to deploy, and they typically don't use a safety cage. Deployment times are measured in weeks, not months.”

Cobots are applicable in many different environments and situations. “You're limited only by your imagination,” Vahey says. “I've seen so many different applications, but the sweet spot tends to be manufacturing operations and warehouse and logistics applications. So, for fixed cobots like Universal Robots, we tend to see a lot of machine tending, a lot of gluing and screwing. We're seeing a lot more welding these days - that's an emerging area. Packaging and unpackaging -  the equivalent of palletising and depalletising, but on a smaller scale.”

Cobots can be thought of as the hardware equivalent of RPA technology, taking away repetitive or even dangerous jobs and freeing up workers to do the kinds of skilled work currently out of reach of machines. While robots may eventually catch up with human capabilities, Vahey sees the emergence of cobots as a far more likely eventuality, due to the incremental way the workplace is currently evolving. “What I see is a lot more working together rather than replacement, particularly in this environment where customers, the suppliers, are looking at how they can expand productivity.”

In the end, the true effect of these technologies is more likely to be incremental than transformative. Even a modest implementation of such solutions, however, has the potential to transform the decades-old routines familiar to workers around the world.