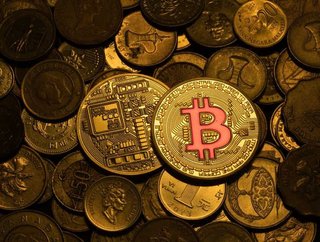 Bitcoin mining is becoming more damaging to the climate, according to new research, with the cost of impact outweighing the cost of coins in some cases

Bitcoin mining using proof-of-work production is unsustainable as it creates climate damage in excess of a coin’s value in too many instances, according to new research, and government regulation may be required to stop this planet-wrecking direction of travel.

When climate change impact is factored in, Bitcoin can be more accurately compared to oil as a product, rather than gold, according to a new analysis and a corresponding report written by researchers at The University of New Mexico.

The authors of the report, Economic Estimation of Bitcoin Mining’s Climate Damages Demonstrates Closer Resemblance to Digital Crude Than Digital Gold, suggest that rather than being described as a kind of “digital gold”, Bitcoin should be compared to industries built to produce much more energy-intensive products such as beef, crude oil, and natural gas.

Jones and colleagues Robert Berrens and Andrew Goodkind took a look at economic estimates of climate damages from Bitcoin mining between January 2016 and December 2021 and found Bitcoin mining used 75.4 terawatt hours of electricity (TWh) in 2020. For context, the nation of Austria used 69.9 TWh in its entire consumption and Portugal accounted for 48.4 TWh in the same year.

“Globally, the mining, or production, of Bitcoin is using tremendous amounts of electricity, mostly from fossil fuels, such as coal and natural gas,” says Jones. “This is causing huge amounts of air pollution and carbon emissions, which is negatively impacting our global climate and our health.

“We find several instances between 2016-2021 where Bitcoin is more damaging to the climate than a single Bitcoin is actually worth,” he explains. “Put differently, Bitcoin mining, in some instances, creates climate damages in excess of a coin’s value. This is extremely troubling from a sustainability perspective.”

Proof of work cryptocurrencies are not working well for the climate

The value of the damage caused peaked at 156 per cent of the coin price in May 2020, suggesting that each dollar of Bitcoin market value generated created a corresponding US$1.56 in global climate damages that month, say researchers, who suggest regulation may be required to make Bitcoin mining sustainable unless there is a voluntary switch away from proof-of-work mining.

“Across the class of digitally scarce goods, our focus is on those cryptocurrencies that rely on proof-of-work (POW) production techniques, which can be highly energy intensive,” says Berrens. “Within broader efforts to mitigate climate change, the policy challenge is creating governance mechanisms for an emergent, decentralised industry, which includes energy-intensive POW cryptocurrencies.”

Climate damages for Bitcoin averaged 35 per cent of its market value between 2016 and 2021. This share for Bitcoin was slightly less than the climate damages as a share of market value of electricity produced by natural gas (46%) and gasoline produced from crude oil (41 per cent), but more than those of beef production (33%) and gold mining (four per cent). In December 2021, Bitcoin had a market capitalisation of around US$960 billion with roughly 41 per cent global market share among cryptocurrencies.