Brain interface could give paralysed patients a second act 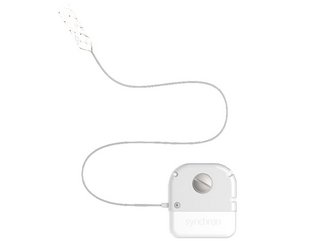 A neuroprosthesis brain-computer interface could hold promise for people with paralysis who want to maintain a level of independence, say medical experts

The study found that it is possible to use the neuroprosthesis device to transmit neural signals from inside a blood vessel in the brain over a long-term period without any serious adverse events related to the device, says the Synchron team.

There were no clots or migration of the device, they reported, and signal quality remained stable with no evidence of significant deterioration. Each participant successfully controlled a personal computing device with the BCI. Participants could use the implant to generate digital switches under intentional control for routine digital activities, such as texting, emailing, personal finance, online shopping, and communication of care needs.

“We carefully conducted this first-in-human study with a primary focus on safety. The patients all tolerated the procedure well and were typically discharged home within 48 hours,” says Mitchell. “The wide-spread availability of the angiography suite for this procedure could promote a rapid translation of BCI for people with paralysis.”

Tracking and acting on motor intent

Motor intent is the brain signal underlying the physical will to move. A brain-computer interface is designed to restore the lost motor intent signal transmission associated with paralysis. The device is implanted in the motor cortex of the brain via the jugular vein in a minimally-invasive endovascular procedure. Once implanted, it detects and wirelessly transmits motor intent to control personal digital devices.

Motor intent was detected using a robust decoder that searches for power changes in certain frequency bands. The digital switches were executed under the volitional control of frequency band shifts by the users.

“This technology holds great promise for people with paralysis who want to maintain a level of independence,” says Campbell. “The Stentrode enables a form of motor restoration, with individuals able to use the switches to communicate and engage with their digital world.”

Tom Oxley, Synchron CEO and Founder, says: “The SWITCH study is an early demonstration of safety in a low number of participants using a commercial grade brain-computer interface. The decoder was simple and robust, meaning that patients didn’t have to train hard-to-execute switches. Our view is that a motor neuroprosthesis should be safe and easy to use. Digital switches controlled by motor intent could translate into a meaningful restoration of motor capability for patients with paralysis and the return of things we take for granted, like texting loved ones or turning on a light.”