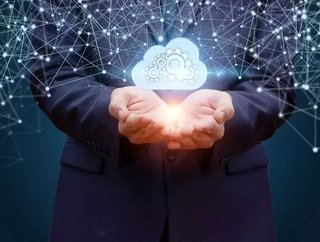 A report published this week says development teams are under pressure and under-supported, as organisations race to the cloud amid digital transformations

With enterprises racing to the cloud and executing digital transformations, a newly-published report is examining the challenges faced by development teams

The global survey of 650 senior IT decision makers by Couchbase found that development teams are under pressure and under-supported. The report says 88% of respondents are aware of challenges faced by development teams, with the top issues including that deadlines and agility requirements were difficult to meet (42%); that they were being asked to do too much in too little time (40%); or that they did not have the skills (24%) or technology (23%) they needed.

“Organisations need to understand that when they are undertaking digital transformation, what they are actually doing is putting developers front and centre,” said Ravi Mayuram, chief technology officer of Couchbase.

“The modern business depends on the developer and development agility more than ever before. Development teams are not assisting the business, they are leading it to new frontiers through digital transformation. That’s why they need to be given the right resources: be it cloud-based infrastructure, CI/CD friendly tooling and the right training. This is what will ensure success in these times of product-led transformation and growth.”

Despite development teams’ extensive contributions to digital transformation and innovation initiatives, the report said a lack of resources and communication with IT leaders is still frustrating them. This is preventing businesses from making the most of their potential, and moving with greater velocity.

It also found that growth of development teams has stagnated, while digital investment is rising: Despite enterprises planning to increase digital transformation spend by 46% in 2022, developer teams only grew by an average of three percent in the last year. In order to bridge the gap, organisations will need to invest in growing their teams while making existing teams more efficient.

There’s opportunity to further empower developer teams: 30% of respondents say that the pandemic has taught them how to empower development teams, yet 24% find it difficult to gauge whether development teams are engaged in and enthusiastic about their work. The challenge now is understanding how to get developers excited about their work and demonstrating the results. For example, providing them with their desired technologies and allowing them to build with velocity the way they want to.