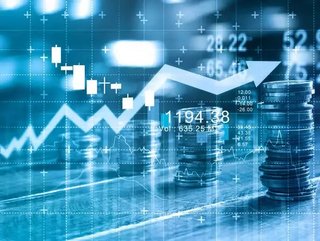 While 81 per cent of digital leaders in the United States have concerns about the national and global economies, 46 per cent still plan to increase their overall technology budget, and 47 per cent expect to grow their headcount over the next 12 months, according to a new report.

The Nash Squared Digital Leadership Report also indicates organisations are aware of the impact of global macro issues on business performance and expect disruptions from the economy, employees, IT hardware supply chains, and new business models in their sector.

“The growth expectations expressed in this year’s report show that companies are strongly committed to continuing their digital transformation, which will be critical for the economy and jobs moving forward given the current global environment,” says Jason Pyle, President of Harvey Nash USA, a Nash Squared company. “One interesting finding is which technologies are being prioritised. Data analytics is found to provide companies with a competitive advantage, and US digital leaders expect it to be a top investment priority in the year ahead. This is incredibly good news because clean, actionable data is the foundation for advanced technology solutions and critical to the innovation that comes from artificial intelligence and machine learning.”

The 2022 Nash Squared Digital Leadership Report - previously called the CIO Survey - launched in 1998 and has tracked major technology trends for over two decades. This year a survey of 1,785 digital leaders across 82 countries took place between July 20, 2022 and October 10, 2022. The latest report reveals that macro issues are playing out across key themes that will continue to impact the success of digital transformation in the coming year.

Sixty per cent of organisations in the United States say the role of the CIO is becoming more strategic, the report revealed. As leaders, CIOs should be responsible for helping build a robust business that can deal with change, disruption, and rapid transformation, something especially necessary in the current environment. But CIOs and digital leaders point to two big barriers: lack of focus/too many distractions (21 per cent) and being under-resourced internally (17 per cent).

Regarding the skills shortage, the United States is still struggling to recruit and retain talent, with 59 per cent of digital leaders saying it’s preventing them from keeping pace with change. However, this is down from 69 per cent in 2021, indicating a positive trend moving forward. Flexible work arrangements are likely fueling the shift as only five per cent of companies will require employees to come into the office five days a week.

There is still a long way to go in growing female tech leadership, despite an impressive increase in 2021 when it rose to 21 per cent from 13 per cent the year prior. However, in 2022 it has levelled off and remains at 21 per cent. Tackling this challenge requires a wide range of interventions starting with engaging more girls in STEM studies at the elementary, middle, and high school levels. Mentorship programs, skills training, and advancement opportunities can also help grow and promote female tech talent into leadership positions. On a positive note, 64 per cent of tech teams are between 20 - 74 per cent female, showing there is a growing representation of women in tech.

Technology can play a big role in sustainability, but the report found US companies require a lot of education in this area. A total of 44 per cent are not using technology to measure their carbon footprint, and 23 per cent are not attempting to improve the carbon footprint of their technology. Digital leaders don’t believe this responsibility falls on their shoulders and they see it as a single person’s job, versus being a part of everyone’s responsibility.

“Economic headwinds are gathering, and indicators are turning negative – but despite, or even because of this, businesses know that investment in technology remains crucial,” says Bev White, CEO, Nash Squared. “While technology investment intentions stand at their third highest level in over 15 years, there are signs some businesses are re-prioritising where to spend their money. The reasons for this are understandable, but organisations should be careful not to cut back too deeply – they run the risk of falling too far off the pace to catch up again, leaving a long-lasting dent to their competitive positioning.”