How are AI and ML shaping the future of healthcare? 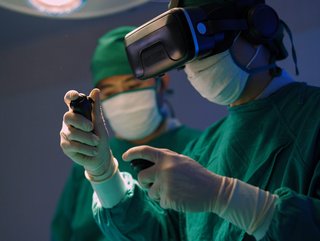 AI and ML technology is being used to revolutionise the healthcare industry, as researchers use tech to help detect Parkinson’s disease.

With Artificial Intelligence (AI) and Machine Learning (ML), the healthcare industry is continuing to undergo a transformation.

Valued at US$10.4bn last year, the global artificial intelligence (AI) in healthcare market is expected to continue to grow at a compound annual growth rate (CAGR) of 38.4% from 2022 to 2030.

And with breakthroughs such as a report that AI could be used to identify conditions such as Parkinson’s disease years before the appearance of physical symptoms, there appears to be a healthy future for the relationship between technology and medicine.

Researchers at MIT have developed an artificial intelligence model that can detect Parkinson’s just from reading a person’s breathing patterns while they are sleeping.

Parkinson’s disease is hard to diagnose, researchers say, because it relies primarily on the appearance of motor symptoms, such as tremors, stiffness, and slowness, which can often appear several years after the disease onset.

But Dina Katabi, an MIT electrical engineering and computer science professor, and her team have now developed an AL model that can detect Parkinson’s from a person’s breathing patterns, a press release said.

The tool in question is a neural network, a series of connected algorithms that mimic the way a human brain works, capable of assessing whether someone has Parkinson’s from their nocturnal breathing.

The neural network is also able to discern the severity of someone’s Parkinson’s disease and track the progression of their disease over time.

The MIT researchers demonstrated that the artificial intelligence assessment of Parkinson's can be done every night at home while the person is asleep and without touching their body. To do so, the team developed a device with the appearance of a home Wi-Fi router, but instead of providing internet access, the device emits radio signals, analyses their reflections off the surrounding environment, and extracts the subject’s breathing patterns without any bodily contact. The breathing signal is then fed to the neural network to assess Parkinson’s in a passive manner, and there is zero effort needed from the patient and caregiver.

Over the years, researchers have tried to detect Parkinson’s using cerebrospinal fluid and neuroimaging, but such methods are invasive, costly, and require access to specialised medical centres, the release said. This makes these methods unsuitable for frequent testing, which could allow for early diagnosis and continuous tracking of the disease’s progression.

And this is just one example of how AI can be used to support the healthcare industry. According to IBM, AI is quickly becoming an integral part of modern healthcare. AI algorithms and other applications powered by AI are being used to support medical professionals in clinical settings and in ongoing research.

Clinical decision support tools can help providers make decisions about treatments, medications, mental health and other patient needs by providing them with quick access to information or research that's relevant to their patient. In medical imaging, AI tools are being used to analyse CT scans, x-rays, MRIs and other images for lesions or other findings that a human radiologist might miss.

There are a lot of potential ways AI could reduce costs across the healthcare industry, IBM says. Some of the most promising opportunities include reducing medication errors, customised virtual health assistance, fraud prevention, and supporting more efficient administrative and clinical workflows.