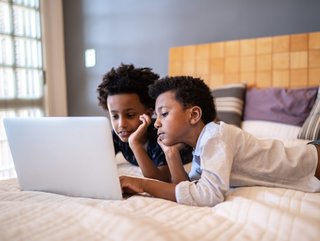 As we take a look at the technology events and developments of this year, here are some of Technology Magazine’s most popular articles from October 2022

Researchers at Boston’s Northeastern University have built a device using new artificial intelligence techniques that can recognise “millions of colours”, opening the door to a new world of industrial machine vision applications. A-Eye is capable of analysing and processing colour far more accurately than existing machines, according to a paper detailing the research published in Materials Today. Researchers say the new device represents “a massive step” in the field of machine vision and has broad applications for a range of technologies.

Financially-motivated cyber attacks are causing the most concern for IT professionals, with latest figures showing nine out of 10 organisations fear financially-motivated attacks like ransomware. Research by SonicWall, which coincides with Cybersecurity Awareness Month in October, found that 66% of customers are more concerned about cyberattacks in 2022.

Researchers say they have discovered new evidence that kids who play video games for three hours or more per day performed better on tests involving impulse control and working memory compared to children who had never played video games. Published in JAMA Network Open, the study analysed data from the ongoing Adolescent Brain Cognitive Development (ABCD) Study, which is supported by the National Institute on Drug Abuse (NIDA) and the National Institutes of Health.

Britain’s data watchdog has fined a construction company £4.4mn for failing to keep the personal information of its staff secure. The Information Commissioner’s Office (ICO) found that Interserve failed to put appropriate security measures in place to prevent a cyber attack, which enabled hackers to access the personal data of up to 113,000 employees through a phishing email.

Just seven per cent of government leaders believe their organisations have kept up with digital transformation targets, according to a new report by EY, and the lack of progress is failing citizens around the world. The report – How Can Government Workers and Technology Align to Serve Future Citizens? – also suggests momentum for digitalisation built up during the pandemic is in danger of being lost, and government workforces are not prepared to capitalise on the benefits of digitalisation.