Lockdowns in China helped bring about shift in tech spending 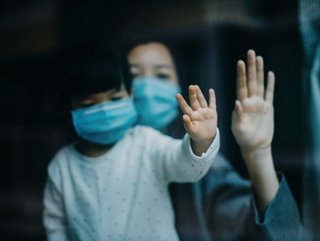 Lower demand for infrastructure-as-a-service was largely the result of lockdowns in China that affected the nation’s large hyperscalers, claims new report

The global technology market was rocked by a drop in demand for infrastructure-as-a-service caused by lockdowns in China that affected the nation’s large hyperscale data centres, according to a new industry report.

According to the ISG Index from technology research firm Information Services Group, the global market for outsourcing contracts with annual contract value (ACV) of US$5 million or more saw a decline of seven per cent in the fourth quarter, with a combined ACV of US$22.9 billion. This marks the lowest combined ACV in a quarter since the second quarter of 2021, when the market began to recover from the pandemic-induced slowdown.

“The global market was negatively impacted in the fourth quarter primarily by lower demand for infrastructure-as-a-service, largely the result of lockdowns in China that affected the nation’s large hyperscalers,” says Steve Hall, president of ISG. “When we normalise for the China dip, the overall combined market was flat quarter over quarter and up 1.4 per cent over the prior year.”

“Some organisations are focusing on cost optimisation and limiting discretionary spend,” says Hall. “We still see major transformation projects in the market, but most need to be self-funded or have a stronger near-term ROI than in past years.”

Tech outsourcing goes down, but BPO goes up

Fourth-quarter ACV in the managed services segment was US$9.3 billion, up two per cent versus the prior year, with 655 contracts signed in the quarter, up 14 per cent from the year-ago quarter, including six mega-deals (contracts with ACV of US$100 million or more). IT outsourcing (ITO) ACV was US$6.4 billion, down nine per cent, while business process outsourcing (BPO) was US$2.9 billion, up 37 per cent.

The as-a-service (XaaS) market saw ACV of US$13.6 billion, down 12 per cent versus the prior year – the largest quarterly year-over-year decline for this segment since ISG began tracking it in 2014. It was only the third time XaaS saw a quarterly decline and the second quarter in a row that demand dropped for cloud-based services.

Managed services ACV advanced six per cent, to a record US$37.0 billion, on record deal volume of 2,645 contracts, up 11 per cent. Among the contracts were 25 mega-deals, the highest number of US$100-million-plus agreements since 2019. “Managed services ended the year strong, with record bookings in 2022 implying healthy revenues on a constant-currency basis in 2023,” says Hall.

ITO spending came in at US$25.7 billion, down four per cent for the year, while BPO spending rose 36 per cent, to US$11.3 billion, fueled by growth in industry-specific services and engineering services.

XaaS generated a record full-year ACV of US$57.6 billion, up seven per cent over the prior year, its lowest annual growth rate since 2015. IaaS was up eight per cent, to US$42.2 billion, but would have been up 28 per cent if not for the negative impact from China’s top five hyperscalers. SaaS, meanwhile, was up five per cent, to US$15.4 billion.

ISG sees several potential positive developments for the market heading into 2023, including interest rate hikes coming to an end, inflation lessening, China reopening, supply chains beginning to normalise, and the US dollar coming off recent highs.

“Enterprise spending has not been significantly cut, and most foresee improvement in the macro environment by the second half of the year,”  says Hall.

XaaS providers are still dealing with “tech excess” and compensating for softening demand by reducing the size of their workforces after a period of significant hiring over the last few years, says Hall. Given this, ISG is forecasting annual ACV growth of 17 per cent for the XaaS market in 2023, lower than in prior years.