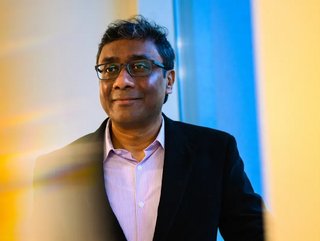 A new machine vision device powered by artificial intelligence and quantum engineering could be used in agriculture, telecoms and the automotive sector

Researchers at Boston’s Northeastern University have built a device using new artificial intelligence techniques that can recognise “millions of colours”, opening the door to a new world of industrial machine vision applications.

A-Eye is capable of analysing and processing colour far more accurately than existing machines, according to a paper detailing the research published in Materials Today. Researchers say the new device represents “a massive step” in the field of machine vision and has broad applications for a range of technologies.

The ability of machines to detect, or “see,” colour is an increasingly important feature in enterprise computing, says Swastik Kar, Associate Professor of Physics at Northeastern who co-authored the research with support from physics PhD student Davoud Hejazi. “In the world of automation, shapes and colours are the most commonly used items by which a machine can recognise objects,” he explains.

Researchers engineered a two-dimensional material with special quantum properties which allows it to process a rich diversity of colour with “very high accuracy” for the first time.  A-Eye archives this using machine-learning algorithms developed by a team of AI researchers led by Sarah Ostadabbas, an Assistant Professor of Electrical and Computer Engineering at Northeastern. The project is a result of collaboration between Northeastern’s quantum materials and Augmented Cognition labs.

“This is about what happens to light when it passes through quantum matter,” says Kar. “When we grow these materials on a certain surface, and then allow light to pass through that, what comes out of this other end, when it falls on a sensor, is an electrical signal which then [Ostadabbas’s] group can treat as data.”

Automotive, agriculture and telecoms to benefit from machine vision

There are numerous industrial machine vision applications for the research, which would include autonomous vehicles, agricultural sorting and remote satellite imaging, says Kar.

“Colour is used as one of the principle components in recognising ‘good’ from ‘bad,’ ‘go’ from ‘no-go,’ so there’s a huge implication here for a variety of industrial uses,” he explains.

Instead of using filters, Kar and his team used “transmissive windows” made of a unique two-dimensional material, which represents a very different way of approaching the problem using machine vision.

As light passes through these windows, the machine processes the colour as data, explains Ostadabbas. Machine learning models then look for patterns in order to better identify the corresponding colours analysed by the device.

“Instead of breaking it down into its principal red, green and blue components, when a coloured light appears, say, on a detector, instead of just seeking those components, we are using the entire spectral information,” says Kar. “And on top of that, we are using some techniques to modify and encode them, and store them in different ways. So it provides us with a set of numbers that help us recognise the original colour much more uniquely than the conventional way.”