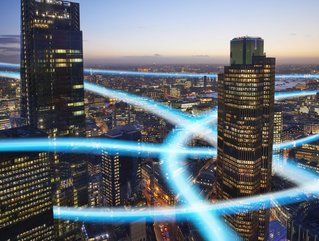 Wi-Fi 7 is emerging as one of the most important areas of investment in new connectivity technologies, according to findings released this week by the Wireless Broadband Alliance (WBA), the global industry body dedicated to improving Wi-Fi standards and services.

The findings, released as part of the WBA Annual Industry Report 2023, reveal 33% of service providers, technology vendors and enterprises already have plans to deploy Wi-Fi 7 by the end of 2023.

The report also revealed that Wi-Fi 6E has now become the de facto industry standard, with 53% having already deployed the technology and a further 44% already working on plans to adopt Wi-Fi 6E in the next 12-18 months.

According to WBA, Wi-Fi 7 will supercharge current Wi-Fi capabilities with new technologies, such as multilink operation and time sensitive networking - ideal for Industry 4.0 applications - while leveraging the 6GHz spectrum dynamically with automatic frequency coordination.

Uptake of Wi-Fi 6E and Wi-Fi 7 is being driven by a growing appetite for data-intensive, low-latency applications and use cases, from smart cities and immersive technologies such as the future metaverse to Industry 4.0. Newer Wi-Fi technologies offer better scheduling and greater interference management, which respondents to the survey now see as essential in supporting high-quality video, virtual reality (VR), augmented reality (AR) and other advanced consumer experiences.

The report detailed a renewed focus on the quality of experience (QoE) delivered to end-users, with 90% of service providers, equipment manufacturers and enterprises now ranking it as a key differentiator in monetizing their Wi-Fi services. Sixty-one percent of respondents identified services such as high-definition video streaming, AR, VR and potential metaverse applications as key revenue opportunities.

Global momentum for WBA OpenRoamingTM, which reached a milestone of one million hotspots in early 2022, was also underlined by the report. OpenRoaming enables users to connect automatically and securely to millions of Wi-Fi networks around the world without the need for logins, registrations, or passwords, facilitating “always on” connectivity. Passpoint technology removes the friction usually associated with onboarding and offboarding between hotspots. Sixty-two percent of service providers, equipment manufacturers and enterprises worldwide will have already deployed Passpoint/OpenRoaming technology or are planning to do so by the end of 2023. A further 25% are expected to deploy the technology by 2025.

Among those adopting OpenRoaming, 51% said the key driver was improving the overall customer experience.

Tiago Rodrigues, CEO of the Wireless Broadband Alliance, said: “What we’re seeing here is the industry at large identifying increasing value in Wi-Fi technology in the wake of highly anticipated new use cases. What’s more, service providers, equipment manufacturers and enterprises around the world know that those use cases are best served in a converged environment, where Wi-Fi and 5G complement each other. Therefore, we’re seeing the industry advance at breakneck pace toward Wi-Fi 7, with mobile operators leveraging Wi-Fi as part of their 5G strategies to maximise coverage and optimise capacity – it’s all about the user experience. This includes how people and things connect to the networks - automatically, securely and with privacy assured and that is where OpenRoaming provides the essential ingredient.”

Adlane Fellah, Senior Analyst at Maravedis, said: “Ensuring a predictable quality Wi-Fi experience has become the main driver of innovation and collaboration in the industry. In a post-pandemic world, consumers and businesses expect more from Wi-Fi and rely on it more than ever. Immersive experiences, low latency applications and seamless roaming will drive the Wi-Fi industry for the foreseeable future.”