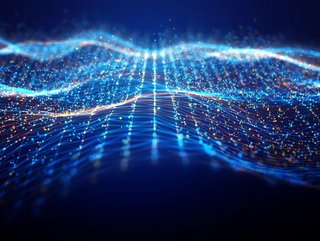 Research by Rubrik reveals IT leaders face cyberattacks each week, with 92% concerned they’d be unable to maintain business continuity after an attack

IT and security leaders are being forced to address one cyberattack per week on average, amind challenges of an economic downturn and the ongoing challenge of dealing with the technology skills gap.

In its study ‘The State of Data Security’, Rubrik Zero Labs gathered insights from more than 1,600 security and IT leaders including CISOs, CIOs, VPs and Directors across 10 countries. The findings exposed rising security risks for organisations, resulting in widespread damage to organisations and their IT and security teams.

It follows research by SonicWall which recently found there is growing concern regarding cyberattacks. Amongst 66% of organisations surveyed; ransomware leads the distress as 91% of all customers cited it as their biggest concern. Phishing and spear-phishing (76%), as well as encrypted malware (66%), comprised the top three concerns.

Cyberattacks continue to surge in volume and impact

Rubrik’s research found nearly every leader surveyed had experienced a cyberattack over the past year, and on average faced 47 attacks in that timeframe — or nearly one cyber attack per week.

Over half (52%) had reported a data breach and 51% reported facing a ransomware attack in the past year. Only 5% of organisations were able to return to business continuity or normal operations within one hour of discovering a cyberattack.

Meanwhile, 48% of IT and security leaders reported being concerned about data breaches (25%) or ransomware events (23%) as the top threat for the year ahead.

Most concerningly, the research suggests that organisations are losing confidence in their ability to withstand attacks, with 92% of respondents saying are concerned they will be unable to maintain business continuity if they experience a cyberattack.

The weight of cybercrime is taking a toll

The report also looks into the human cost of cyber attacks, with almost all (96%) of respondents reporting experiencing significant emotional or psychological consequences following a cyberattack, ranging from worries over job security (43%) to loss of trust among colleagues (37%).

About one-third of respondents reported leadership changes as a result of a cyberattack, while about one-third of leaders surveyed said their IT and SecOps teams were either somewhat or not at all aligned when it came to defending their organisations.

“It’s clear from this research that cyberattacks continue to produce large impacts against global organisations and the effects are compounding,” said Steven Stone, Head of Rubrik Zero Labs. “In addition to this rise in frequency and impacts of cyber events, the individuals on the front lines are taking a psychological hit on their wellbeing. Trust is down and anxiety is up. Without a proactive and reliable approach to defend against modern cyberthreats and strengthen confidence in an organisation’s ability to resolve these cyber events, these impacts - both human and organisational - will continue to worsen and feed each other.  The good news is we’re also seeing pragmatic, proven strategies in this same space paying off and we can build off these approaches.”

“We often overlook the psychological dimension of cyberattacks and the chaos that tends to follow after discovering an incident,” said Chris Krebs, Former Director of CISA and Founding Partner of the Krebs Stamos Group. “The bad guys sure have figured it out, though, with criminals and state actors alike trying to generate emotional responses when they attack, as evidenced by the increase in criminal extortion efforts and hack and leak campaigns. In the end, IT and security leaders alike tend to take the blame for these cyberattacks.

“One of the most effective techniques I’ve seen to prepare for these types of attacks is to accept you’re going to have a bad day at some point, and your job is to ensure that it doesn’t become a “worse day.” This is why we need defenders across the spectrum to come together - sharing best practices, learnings after attacks, simulations, frameworks - so that we’re collectively strengthening our defences and minimising the psychological impact brought on by an attack.”