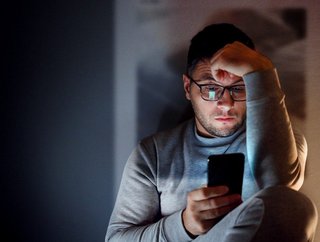 Intrusive apps are causing users to feel a sense of “creepiness” when sharing personal data. Industry leaders have been urged to deal with growing unease

Researchers from the University of Copenhagen working with colleagues in the United States claim they have created a tool for measuring the degree of discomfort felt by tech users when using intrusive apps.

Surveys have indicated people feel emotional stress when quizzed for personal data while installing new apps, but this has not stopped the explosive growth of apps in most industry sectors.

“It seems that people accept this uneasy feeling almost as a part of the user experience,” says Irina Shklovski, Professor at the Department of Computer Science (DIKU), University of Copenhagen. “Somehow, we have been trained to live with being uncomfortable. But you may ask how it can be defensible to treat people and their emotional states so terribly.”

Shklovski has previously written an article on the subject which was selected as Best Paper at the SIGCHI conference 2022, a leading conference covering human factors in computing science.

Most users have felt uneasy when downloading apps, claims Shklovski, but more often than not the exact cause of unease cannot be identified. “So, we decided to create a way of measuring the degree of discomfort,” she says.

In the study, 751 participants were divided into groups and asked to rate their experience under different scenarios, each featuring a fictitious app called Remember Music which was designed to recognise a tune or song the user might have heard, but cannot identify.

Personal data may be safe, but users may still feel “creeped out”

The researchers used three criteria to identify the creepiest apps, which were found to violate the boundaries of the user unexpectedly and also present some kind of ambiguous threat. The higher the scores for each factor, the creepier the app, said the researchers.

“Notably, we are talking about emotional response here,” says Shklovski. “Even in a situation where objectively everything is fine - for instance, if a technical solution guarding against misuse of personal data is in place - the user may still feel discomfort.”

With a score for creepiness now in hand, researchers say they can examine how various modifications could change the user’s experience and remove some of the more unsettling elements.

Participants were also asked to rate themselves in terms of digital literacy. Against assumptions, those who saw themselves as more digitally literate were more likely to continue using an invasive app, a discovery that delivers a blow to current thinking.

“Industry and public bodies will argue that this is a question of personal data hygiene,” says Shklovski. “In other words, as users become more digitally aware they will favour less intrusive apps over the more intrusive. Based on the data from our study, we can say that trying to shift responsibility to the user in this way will not work. That horse has bolted. If we want things to get better, we need developers and policy makers to change the scene.”