The next WannaCry and drone hacking: 2023 predictions 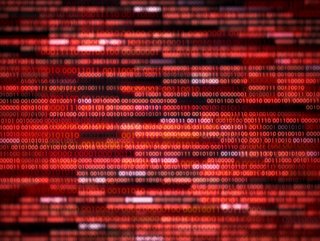 The chances of the next WannaCry happening in 2023 is high, in line with the trend that the most impactful cyber epidemics occur every six to seven years

Attacks on satellite technologies, mail servers, the rise of destructive attacks and leaks, drone hacking and the next big cyber epidemic are among some of the threats that will emerge in 2023, according to research by Kaspersky.

The political turmoil of 2022 brought about a shift that will echo in cybersecurity for years to come and have a direct effect on the development of future sophisticated attacks. The 2023 forecast is based on the expertise and the activities the Kaspersky Global Research and Analysis Team (GReAT) has witnessed this year while tracking more than 900 APT groups and campaigns.

"It is quite clear 2022 saw major changes to the world’s geopolitical order, and ushers in a new era of instability. A portion of our predictions focus on how this instability will translate into nefarious cyber activities, while others reflect our vision of which new attack vectors will be explored by attackers. Better preparation means better resilience and we hope our assessment of the future will enable defenders to strengthen their systems and refute cyberattacks more effectively,” says Ivan Kwiatkowski, senior security researcher at Kaspersky.

The next WannaCry attack is on its way

Statistically, some of the largest and most impactful cyber epidemics occur every six to seven years. The last such incident was the infamous WannaCry ransomware-worm, leveraging the extremely potent EternalBlue vulnerability to automatically spread to vulnerable machines.

Kaspersky researchers believe the likelihood of the next WannaCry happening in 2023 is high. One potential reason of an event like this occurring is that the most sophisticated threat actors in the world are likely to possess at least one suitable exploit, and current global tensions greatly increase the chance a ShadowBrokers-style hack-and-leak could take place.

Major shifts will be reflected in new types of targets and attack scenarios too, as experts believe next year, we may see bold attackers and specialists adept at mixing physical-and cyber-intrusions, employing drones for proximity hacking. Some of the possible attack scenarios include mounting drones with sufficient tooling that would allow the collection of WPA handshakes used for offline cracking of WiFi passwords or even dropping malicious USB keys in restricted areas in a hope that a passer-by would pick them up and plug them into a machine.

Other predictions for 2023 include:

One of the most potent attack vectors imaginable, which uses servers in key positions of the internet backbone allowing man-on-the-server attacks, may come back stronger next year. While these attacks are extremely hard to spot, Kaspersky researchers believe they will become more widespread and will lead to more discoveries.

Given the current political climate, Kaspersky experts foresee a record number of disruptive and destructive cyber-attacks, affecting both the government sector and key industries. It is likely that a proportion of them will not be easily traceable to cyber-incidents and will look like random accidents. The rest will take the form of pseudo-ransomware attacks or hacktivist operations to provide plausible deniability for their real authors. High-profile cyber-attacks against the civilian infrastructure, such as energy grids or public broadcasting, may also become targets, as well as underwater cables and fiber distribution hubs, which are challenging to defend.

Mail servers harbor key intelligence so are of interest to APT actors and have the biggest attack surface imaginable. The market leaders of this type of software have already faced exploitation of critical vulnerabilities, and 2023 will be the year of 0days for all major email programs.

With existing capabilities, evidence of APTs being capable of attacking satellites -with the Viasat incident as an example- it is likely that APT threat actors will increasingly turn their attention to the manipulation of, and interference with, satellite technologies in the future - making the security of these technologies ever more important.

The new form of hybrid conflict that unrolled in 2022 involved  a large number of hack-and-leak operations. These will persist in the coming year with APT actors leaking data about competing threat groups or disseminating information.

CobaltStrike, a red-teaming tool, has become a tool of choice for APT actors and cybercriminal groups alike. With it gaining so much attention from the defenders, it is likely that attackers will switch to new alternatives such as Brute Ratel C4, Silver, Manjusaka or Ninja, all offering new capabilities and more advanced evasion techniques.