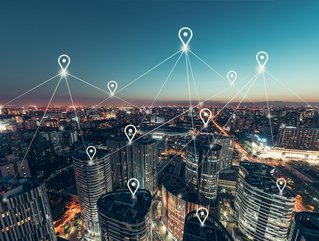 In 2020 alone, the US wireless industry created US$1.3 trillion in gross output, $825 billion in GDP, and over four million jobs for the national economy

The US wireless industry contributed US$825 billion to America's GDP and helped create approximately 4.5 million jobs in 2020 alone, according to a new report.

The Importance of Licensed Spectrum and Wireless Telecommunications to the American Economy was produced by Compass Lexecon and commissioned by US wireless trade association CTIA. The analysis also finds that over the past decade the wireless industry contributed nearly US$5.4 trillion in GDP to the American economy.

"This report confirms that the wireless industry is a major driver of America's economy," says Aren Megerdichian, Executive Vice President, Compass Lexecon. "The substantial investments made by wireless providers, both to acquire spectrum licenses and on their network infrastructure, has translated to significant benefits to the US economy."

The study notes that over the last decade, wireless providers have invested more than US$265 billion on infrastructure deployments to grow their networks, and spectrum auctions regarding wireless services have raised US$155 billion in auction revenues for the US government.

"For the wireless industry to continue to provide these considerable, widespread positive effects to the American economy, it is necessary to provide mobile network operators access to dedicated, licensed spectrum," says Megerdichian. "As operators continue to work to meet the growing demand for mobile broadband, additional licensed spectrum auctions will be critical."

"The wireless industry is driving the US economy, and this report highlights its massive contributions to our GDP and support of American jobs," says Meredith Attwell Baker, CTIA President and CEO. "Other countries recognise the value of licensed spectrum and have plans to make significant amounts of it available for 5G. Instead of experimenting with unproven solutions, the US needs a pipeline of exclusive-use, licensed spectrum to continue to power the American economy."

The report’s authors say these trillions of dollars in output and millions of jobs include the direct effects of the core wireless industry (which includes mobile network operators and resellers), as well as the secondary effects of the wireless supply chain and select downstream market segments that rely heavily upon wireless and mobile broadband services, including smartphone app developers, search engines, digital advertising agencies, mobile gaming, and social networking sites.

“It does not take into account the contributions made by other sectors that also depend on and use wireless services that could represent hundreds of billions in additional gross output and GDP, as well as millions of workers,” they explain. “Therefore, the estimates presented in this study are a baseline, or lower bound, for the contributions made by wireless-related sectors to the American economy.”