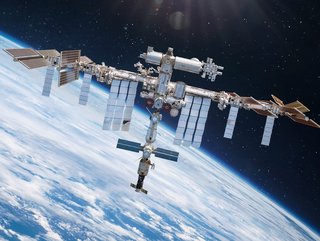 Voyager Space and Airbus Defence and Space are partnering to develop and operate Starlab, a free-flying space station to serve the National Aeronautics and Space Administration (NASA) and other space agencies. Starlab is due to be launched in 2028 to ensure a continued human presence in Low-Earth Orbit (LEO).

Airbus Defence and Space will provide technical design support and expertise for the Starlab space station which will serve as an on-orbit laboratory for astronauts to conduct investigations and advance scientific discovery. Starlab is designed to provide 100 per cent of the International Space Station's payload capacity with the ability to conduct hundreds of experiments and technical investigations per year.

"We are proud to partner with Airbus Defence and Space to bring Starlab to life. Our vision is to create the most accessible infrastructure in space to serve the scientific community," says Dylan Taylor, Chairman and CEO of Voyager Space. "This partnership is unique in that it engages international partners in the Commercial Destinations Free-Flyer program. Working with Airbus, we will expand Starlab's ecosystem to serve the European Space Agency (ESA) and its member state space agencies to continue their microgravity research in LEO."

Jean-Marc Nasr, Executive Vice President of Space Systems at Airbus Defence and Space says: "This partnership with Voyager Space is the first step toward fielding the next generation of space stations to serve international astronauts. We are excited to support a project aimed at changing history. This collaboration is an important step in making Starlab a reality, providing a foundation for long-lasting European and American leadership in space."

Voyager and its operating company, Nanoracks, were awarded a US$160 million Space Act Agreement from NASA in December 2021 to create Starlab, a continuously crewed, free- flying space station to replace the International Space Station. Starlab is designed to serve as the home for the George Washington Carver Science Park, the first science park in space, where scientists and industry experts can share findings, collaborate, and use new technologies to advance both scientific and commercial endeavours.

"Thank you to NASA and our US government partners for their steadfast support of our efforts to build a commercial destination in LEO that serves the US and international research community," says Taylor. "We want Starlab to be the platform of choice for customers around the world. Today's partnership with Airbus provides the potential for significant continued US and European access to space."