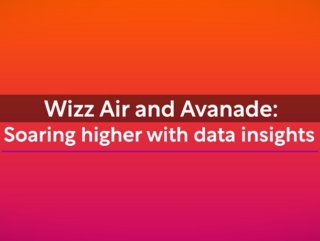 Leading European airline Wizz Air aims to give its customers the lowest-possible cost. To find new ways to drive efficiency, it needed to squeeze insights from every data set possible, from flight paths to pilot schedules to fuel loads. Zsolt Nadas, Wizz Air Head of Technology, called upon Avanade to help transform the airline’s data using the power of Microsoft Azure.

Why Avanade? Nadas said, “I was looking for a partner who wasn’t just going to come in and provide the delivery muscle, but somebody who would guide us and be more prescriptive with the vision. Avanade connected us with the right people at Microsoft and Databricks to maximise our investments on Azure. The best piece of all of this wasn't even the technology. It was the people network”.

Avanade knows the Microsoft ecosystem better than anyone else. The company features more certified professionals for Microsoft Azure than any other Microsoft partner. And in 2022, Microsoft named Avanade its Global System Integrator Partner of the Year for the 17th time. Avanade also collaborates with data platform leader Databricks, who named Avanade its 2022 Global Partner of the Year – the fourth year in a row for the accolade.

By building on Azure and leveraging Databricks, Wizz Air can continue to scale its application of data science and machine learning. New data sources that were previously difficult or inaccessible to use can now be harnessed through leading analytical methods on Azure. The immediate focus is to deploy models that will build on work completed to date and deliver in areas of strategic value to the airline, specifically to drive down costs and improve customer experiences.

It’s not an end state, but an evolving innovation engine, powering “all of these things that go beyond just a drawing on a whiteboard into something that can be delivered, strengthened and operationalised,” said Nadas.

Better green outcomes and beyond

Wizz Air aspires to be the greenest airline in the industry. Through faster insights from flight and operational data, the airline can maximise efficiency and minimise fuel use. By building on Azure, Avanade is helping Wizz Air reduce its carbon footprint generated by legacy infrastructure and on-premises computing (data processing is an energy intensive activity). By moving to Azure, the world’s greenest cloud, Wizz Air can immediately lower its carbon footprint, and scale its data and analytical processing in a responsible way.

In addition to better environmental outcomes, Wizz Air and Avanade’s work together continues to relentlessly focus on optimization and value for the airline’s customers to improve experiences. “We’re proud of the data-driven culture we’ve helped develop with Wizz Air,” said Grogan. “I’m thrilled to say we’re only getting started.”

Nadas said, “Data projects are easy to dream and hard to deliver. And that's why partners like Avanade are really what make this possible.” 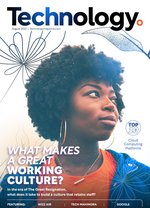