Adobe doubles down on 3D content design with Allegorithmic acquisition 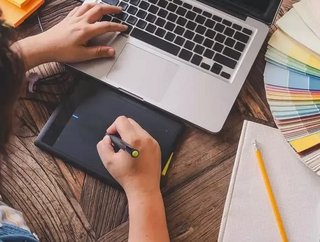 Adobe has revealed that it has acquired Allegorithmic, a firm that offers 3D material and texture creation tools that are widely used by video game crea...

Adobe has revealed that it has acquired Allegorithmic, a firm that offers 3D material and texture creation tools that are widely used by video game creators, visual effects artists and graphic designers.

The purchase marks how Adobe plans to expand its Creative Cloud offering so that it caters for 3D content design.

Allegorithmic’s key product is Substance, a subscription suite of texture design tools which has been used for a variety of games such as Call of Duty and Assassin’s Creed, as well as for visual effects in movies such as Blade Runner 2049 and Tomb Raider.

3D content design isn’t just used in gaming and entertainment though: it’s also being increasingly adopted in other fields such as design, product visualization, retail and marketing, architecture, and manufacturing.

For example, some other brands using Allegorithmic’s tools include BMW, Ikea and Louis Vuitton.

“Creative Cloud is the creativity platform for all and Substance products are a natural complement to existing Creative Cloud apps that are used in the creation of immersive content, including Photoshop, Dimension, After Effects and Project Aero.”

Under the deal, Adobe says it plans to integrate Allegorithmic’s tools, via subscription, into various part of Creative Cloud.

The financial terms of the deal were not disclosed.

“We are excited to join the team, bring together the strength of Allegorithmic’s industry-leading tools with the Creative Cloud platform and transform the way businesses create powerful, interactive content and experiences.”