Alibaba fourth-quarter revenue surges 51% to $13.9bn thanks to retail and cloud boost 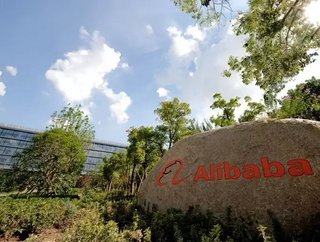 Alibaba Group has beat fourth-quarter revenue estimates thanks to a surge in it’s core e-commerce offering and an expanding cloud business. The Chine...

Alibaba Group has beat fourth-quarter revenue estimates thanks to a surge in it’s core e-commerce offering and an expanding cloud business.

The Chinese e-commerce company saw revenue climb 51% to 93.5bn yuan ($13.6bn) in the quarter, beating estimates of 91.58bn yuan, according to IBES data from Refinitiv.

The earnings results are significant as Alibaba commands the largest ecommerce share in China, the world’s fastest-growing economy.

“More and more, Alibaba is becoming synonymous with everyday consumption in China, growing our base to 654 million annual active consumers and extending our penetration in less-developed cities,” said Daniel Zhang, Chief Executive Officer of Alibaba Group.

“Our cloud and data technology and tremendous traction in New Retail have enabled us to continuously transform the way businesses operate in China and other emerging markets, which will contribute to our long-term growth.”

In its earnings report, Alibaba highlighted that the annual active consumers on its China retail marketplaces reached 654mn during the quarter as the business targeted less developed cities.

Alibaba’s cloud computing business has also been a major driver of growth for the firm.

Alibaba’s cloud revenue rose 76% in the fourth quarter and it is now the world’s third-largest cloud service provider after Microsoft Corporation and Amazon Inc.

Elsewhere, the firm also noted that it’s made significant gains by selling advertising and promotional services to third-party merchants who list products on Taobao and Tmall, two of its e-commerce sites.

“Over the years, our steady profit growth and cash flow have enabled us to strengthen our core business, invest in new businesses and create unique value for our customers,” said Maggie Wu, Chief Financial Officer of Alibaba Group. “These investments have expanded our total addressable market and positioned us well for long-term growth. Looking ahead to fiscal 2020, we expect revenue to be over RMB500 billion, reflecting our confidence and positive momentum going forward.