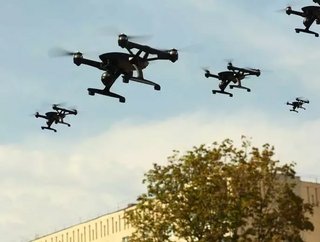 Wing Aviation LLC has initially launched the app, called OpenSky, in Australia where it has gained government approval for air traffic compliance.

Earlier this year, Wing gained approval to launch its first public drone delivery service in Australia after the country's aviation authority gave it the go ahead.

The app hopes to give drone operators a greater understanding of, and access to, the sky around them.

“When a drone flyer enters a location, the Australian OpenSky app provides a checklist covering a range of critical factors, including airspace restrictions, known hazardous situations, and proximity to airports and heliports,” the company explained in a blog post.

OpenSky users in Australia will also be given alerts related to emergency response situations, nearby sporting events, or other situations that may impact available airspace.

Looking ahead, drones could help to reimagine many industries and provide useful services such as emergency response assistance, infrastructure inspection, perspective-enhancing film and television work, and the delivery of goods.