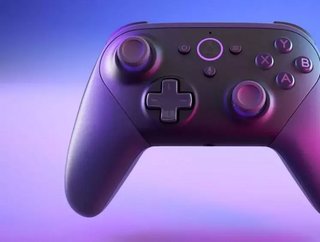 Amazon has used the occasion of its Amazon Hardware Event to debut a raft of new products, including a cloud gaming service...

Amazon has used the occasion of its Amazon Hardware Event to debut a raft of new products, including a cloud gaming service.

The service, known as Luna, represents the latest frontier for big tech companies in the lucrative ($120bn in 2018) gaming space.

Launching into early access in the US, Luna is available on Amazon’s Fire TV, PC and Mac, as well as on mobile devices. Amazon said it would cost $5.99 a month, and grant access to a number of games including Resident Evil 7 and Control.

Amazon said it would also have dedicated expansion channels to subscribe to, such as one from Ubisoft, granting access to new games upon release.

“We created Luna to make it easy to play great games on the devices customers already own and love,” said Marc Whitten, Vice President, Amazon Entertainment Devices and Services in a press release. “It’s Day One for Luna—we are excited to work with gamers, streamers, and publishers like Ubisoft and Remedy Entertainment to build a great gaming experience for everyone

We’ve previously seen Google launch its Stadia service, to which Luna serves as a direct rival. Both companies are leveraging their cloud capabilities, in the form of AWS and GCP, to attempt to create a new subscription model for gaming.

The remaining cloud giant, in the form of Microsoft, is already well established in the video gaming industry thanks to its Xbox line of video game consoles, and is taking a more hands-on approach to the industry, recently buying developer Bethesda and its stable of hit franchises such as Fallout.

Amazon has also dabbled in creating its own video games. Its first major release, however, was received so poorly on release, it was withdrawn back into a testing phase for improvements to be made.

Other announcements at the event included a new range of Amazon’s Echo smart speakers and, from home security subsidiary Ring, a camera drone that autonomously flies around a space when alerted, providing a live feed of the interior.