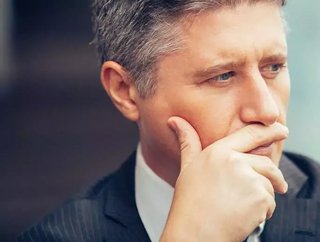 Newly released research has shone a light on the extent to which CEOs and other business leaders are helping or hindering digital transformation. In so...

Newly released research has shone a light on the extent to which CEOs and other business leaders are helping or hindering digital transformation.

In some cases, according to professional services firm Accenture, a CEO’s talk might not match her walk. Having surveyed 8,300 organisations and 885 CEOs across 20 countries, 80% of CEOs claimed to “have the right technologies in place”, while 70% claimed “to be very knowledgeable” about their company’s technology investments. The research, however, also found that only 10% of companies were making an “optimal” investment in technology, generating twice the revenue growth of those lower down on the list.

Such pig-headedness may be having a significant effect on the bottom-line, as Paul Daugherty, Accenture’s chief technology and innovation officer emphasised in a press release: “Most companies are risking significant future revenue growth because of the gap between the potential and realized value of their technology investments.”

A separate report from MIT Sloan Management Review and Cognizant made similar findings. With 4,394 executives surveyed from across the globe, the report found that 71% considered themselves to be “prepared to lead” in the digital economy, closely matching Accenture’s findings. Only 12%, however, agreed that those above them had the same characteristics.

“A generation of leaders in large companies are out of sync, out of tune, and out of touch with their workforces, markets, and competitive landscapes. What got them to their current exalted status won’t be effective much longer — unless they take swift action,” said Benjamin Pring, co-author of the report and director of the Center for the Future of Work at Cognizant. “Allowing unprepared senior executives with outdated skills and attitudes to stick around forces next-generation, high-potential leaders to move on to new pastures, which harms morale and ultimately shifts the organisation further away from where market demand is heading.”

When it comes to digital transformation, it seems, executives would do well to heed the words of that perennial favourite and Nobel Laureate, Bob Dylan: “Your old road is Rapidly agin' / Please get out of the new one If you can't lend your hand / For the times they are a-changin'”.